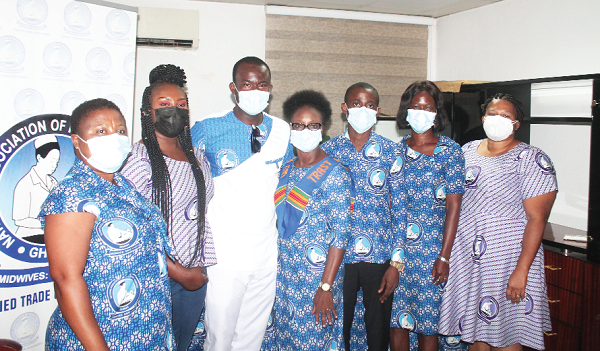 The National Association of Registered Midwives Ghana (NARM-Gh) has elected new executive members to run the affairs of the association for the next four years.

The executive members were elected at the association’s delegates conference which took place from March 23 to March 25, 2021 in Accra.

Ms Ofosu said midwives needed to put away their differences and work in unity if the association was to project a positive image in the eyes of the public.

She called on the membership of the association to throw their support behind the newly elected executive for it to work to improve the wellbeing of midwives.

The newly elected President of NARM-Gh made the call at a press conference held in Accra last Saturday.

“Our strength as an association lies in unity and where there is unity there is always strength. Let’s bear in mind that there is more power in unity than in division. I urge all midwives to do away with disagreements and rather work together to project the image of midwifery in Ghana,” She said.

She assured midwives that the executive would do all within its powers to champion the interest of members.

Ms Ofosu observed that most midwives did not attend the association’s district and regional meetings, adding: “I am using this platform to encourage my colleagues to find time out of their busy schedule and attend meetings.”

She appealed to the Ministry of Health (MoH) and the Ghana Health Service (GHS) and other allied institutions to provide midwives with allowances due them and provide the maternity units in all health institutions with the requisite logistics to enable them to function well.

“Midwives should be given the maximum respect and not intimidated in any way for being a member of the association,” she stated.

She encouraged midwives to take their health seriously, considering the difficulty in observing the COVID-19 protocols on physical distancing in the wards.