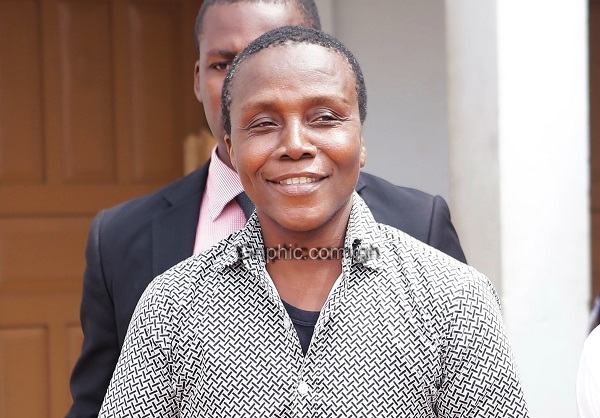 The Attorney-General (A-G) has filed a nolle prosequi to discontinue the trial of Gregory Afoko, the man accused of killing Alhaji Adams Mahama, a former Upper East Regional Chairman of the New Patriotic Party.

The nolle prosequi follows the arrest of Asabke Alangdi, the other accused person in the trial, in Ivory Coast last Friday

Alangdi had been at large since the death of Alhaji Mahama on May 2015 at Bolgatanga.

The Minister of Information, Mr Kojo Oppong Nkrumah, announced the arrest of Alangdi at a press briefing in Accra on Monday, January 28, 2019.

“Asabke Alangdi was arrested in Ivory Coast after over a year of surveillance and search during which period he moved camps from Burkina Faso to Ivory Coast,” he said.

Alhaji Mahama suffered severe bodily injuries after a substance suspected to be acid was allegedly poured on him in front of his house in Bolgatanga around 11 p.m. on May 20, 2015. He later died from the injuries at the Bolgatanga General Hospital.

Afoko had been arraigned for the former regional party chairman’s death and has pleaded not guilty to two counts of murder and conspiracy to commit murder.

The trial was nearing completion after the prosecution and defence closed their respective cases.

Afoko’s lawyers called two witnesses - Afoko himself and his elder brother, John Ishmael Afoko — to testify before the court.

Prior to Afoko’s defence, the prosecution, led by a Chief State Attorney, Mr Matthew Amponsah, had called 15 individuals as prosecution witnesses.

With both the prosecution and the defence bringing their cases to a close, the presiding judge, Mr Justice Lawrence Mensah, directed the two parties to file their written addresses.

The defence and the prosecution will then address the court orally on February 20 and 21, 2019, respectively.