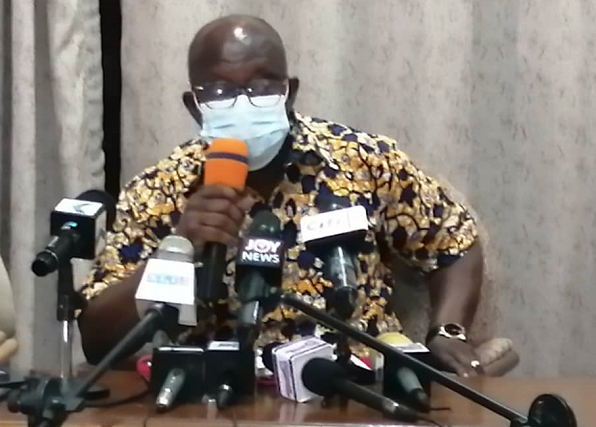 Traders in areas earmarked for demolition at the Kumasi Central Market have been given up to midnight of Saturday, March 13, 2021, to vacate the place to allow the contractor working on Phase Two of the Kejetia Redevelopment Project entry to the site.

The Minister designate for the Ashanti Region, Mr Simon Osei-Mensah, who gave the directive, said the traders’ continued occupation of the area was delaying the project and could cause the country to forfeit the facility.

Speaking to the media in Kumasi yesterday, he said the traders had been allocated temporary spaces at the Race Course and the Abinkyi markets, and added that those who failed to move out of the Central Market after the deadline would have themselves to blame.

The traders were initially given up to March 7, 2021 to vacate the place to allow Contracta Ltd access to continue the works.

Despite the expiration of the deadline, however, the traders remain on site.

“If on Sunday or Monday morning you come and realise that your stall has been demolished, no one will be liable for your loss. I am not going to entertain any pleading or cries for compensation from anyone,” Mr Osei-Mensah warned.

The Minister designate said if the country was unable to utilise all the first tranche funds under the agreement by the end of March, “it will be very difficult to access the second tranche”.

He said the efforts of President Nana Addo Dankwa Akufo-Addo, Parliament and the Asantehene, Otumfuo Osei Tutu II, to see to the completion of the project could not be allowed to be in vain.

Mr Osei-Mensah said the whole area for the second phase had been zoned into four.

He explained that due to the unavailability of space to move out all the traders for the contractor to work on the project, it was decided that the traders would be moved in phases, saying that those in zones One and Two were those supposed to move now.

Traders affected by the immediate action are dealers in second-hand clothes, jewellery sellers and those into the sale of building materials.

He said spaces had been secured for them at the Afia Kobi Market, also known as the Abinkyi Market, and at the Race Course for them to move there temporarily until the project was completed.

The Community Liaison Officer of Contracta Ltd, Mr Emmanuel Kwadwo Danso, also appealed to the traders to allow the contractor access to the land to enable it to execute the project within time.

“We are not here to destroy or disorganise anybody's business but help develop the Ashanti Region and Kumasi,” he stated.

He pleaded with the traders to stop attacking the workers of the company, adding: “We are only here to execute a contract, and it is the city authorities that give access to the site.”

He alleged that in recent times, some traders had hurled stones at workers of the construction firm, thereby endangering the lives of the workers.