I didn't kill Ahmed. I don’t have time for him – Kennedy Agyapong 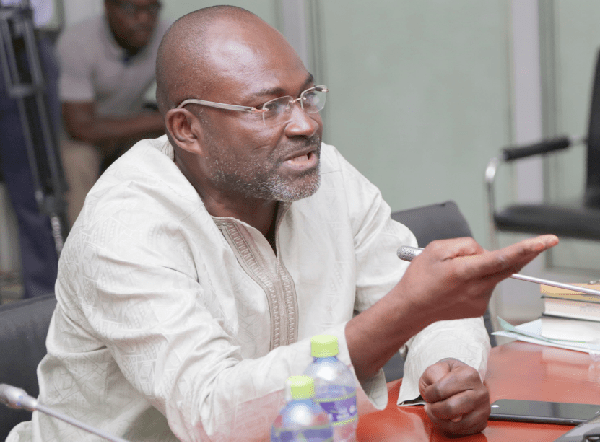 Outspoken Member of Parliament (MP) for Assin Central, Kennedy Agyapong, says he is open for investigations over the alleged murder of Ahmed Hussein-, an investigator with Anas Aremeyaw Anas’s Tiger Eye PI

to Mr Agyapong, he has no reason to kill a person “who is irrelevant in his life.”

Ahmed was allegedly shot dead in Madina on Wednesday night by two gunmen on a motorbike.

READ ALSO: Kennedy Agyapong: I have not been invited by Police over journo's murder

Ahmed was one of the key investigators in Anas’ #Number 12 exposé on corruption in Ghana football and was exposed by Mr Agyapong when he circulated his 'who watches the watchman' anti-Anas video documentary and called on the public to deal with him for a handsome reward.

Although no links have been drawn between the MP’s call to violence and the Wednesday evening murder, sections of Ghanaians have condemned the legislator and have called for his arrest.

But in an interview on Accra-based Neat FM, Mr Agyapong distanced himself from the death of Ahmed, saying “The guy has not offended me in anyway. When I was premiering ‘Who watches the watchman’, somebody told me I knew the guy because I had once given him money for his school fees, so, I told my staff not to allow him into my building again because he is a bad boy and that If he comes around, they should beat him up because he will come and secretly set cameras in the building.”

“I don’t live a low life. I am focused everything that I do, that is why I am very loud when I am arguing. I don’t compromise on anything. Ahmed has not done anything to me because I am not part of the people he set up” he added.

“I hear people want the police to question me. Why should the police invite and question me? I am not afraid of anyone. The police should come; I will replay the video to them.  I don’t have time for Ahmed at all. They are just dodging the issue.”

“I don’t plot evil because the evil that men do lives after them. Anas and his team know the wicked things they have done and the enemies they have created for themselves and I am certainly not one. For me, I just wanted to expose Anas for people to know that he is equally corrupt, and that is exactly what I did. He stepped on the toes of many people. So if thorough investigations are not done and they rather accuse me of killing the gentleman, then they are dodging. The very people who committed the crime will go ”, he stressed.