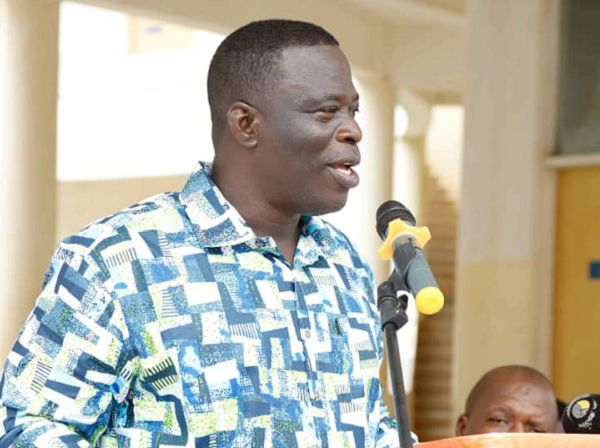 Ghanaians have been urged to change their attitudes towards work in order for them to meet the demands of the labour market.

According to the Minister of Employment and Labour Relations, Mr Ignatius Baffuor Awuah, work attitudes such as lateness, lack of teamwork and procrastination have negative impact on productivity.

He added that negative work attitude by Ghanaians is affecting the socio-economic development of the country.

He therefore advice the citizenry especially the youth to be more serious when it comes to work.

He said the labour market had advanced leading to the employment of only positive and multi-tasked personnel.

Speaking at a graduation ceremony of the Network of Women in Growth (NEWIG), a Non-Government Organization (NGO) in Accra last Saturday, Mr Baffuor advised the graduants to exhibit a high level of excellence and seriousness in any field of endeavour that they may find themselves working in.

“It is important for the graduants to change their attitude towards work, since the labour force market is changing and that we need to change to meet the demands of the change. I therefore encourage others to take advantage of the training,” he said.

The Executive of NEWIG, Mrs Mawusi Nudekor Awity, said that the graduants had been taken through some of the skills that are perceived to be male domineering.

They had training in electrical installation, plumbing and draughtsmanship among others

“It is gratifying to note that these young ladies are not graduating from acquiring skills that have always been misconceived as the areas for women, but ventured into skills that are perceived as the preserve of males,” she said.

Ms Awity noted that most occupations engaged in by women do not fetch them enough income to support themselves and their families like the male domineering jobs.

Supported by the EMpower Foundation, each trainee received start-up tools based on their area of specialization.

The Acting Executive Director of NEWIG, Mrs Mawulawoe Anato-Dumelo was among some of the key personality present at the graduation.