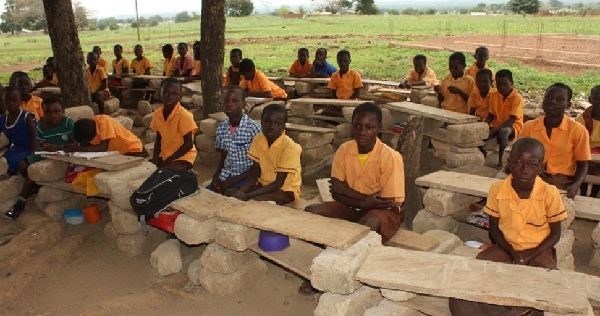 Ghana has ranked 133 out of 191 countries and maintained the same human development index (HDI) value - 0.632 - for the two previous years in the latest United Nations Human Development Index (HDI) report.

The figure puts the country in the medium human development category.

“We cannot achieve development without addressing unequal human progress that leaves many behind. We must all support efforts to remove existing structural, cultural and socioeconomic barriers that block progress for young people, women, people living with disabilities among others. Let us work together to unlock the potential of every Ghanaian to create a sustainable future in the face of uncertainty”, noted Angela Lusigi, UNDP Resident Representative in Ghana.

To chart a new course, the report recommends implementing policies that focus on investment — from renewable energy to preparedness for pandemics, and insurance—including social protection— to prepare our societies for the ups and downs of an uncertain world.

Also, innovation in its many forms—technological, economic, cultural—can also build capacities to respond to whatever challenges come next.

“To navigate uncertainty, we need to double down on human development and look beyond improving people’s wealth or health,” says UNDP’s Pedro Conceição, the report’s lead author. “These remain important. But we also need to protect the planet and provide people with the tools they need to feel more secure, regain a sense of control over their lives and have hope for the future.”

The latest Human Development Report, “Uncertain Times, Unsettled Lives: Shaping our Future in a Transforming World”, launched by UNDP, argues that layers of uncertainty are stacking up and interacting to unsettle life in unprecedented ways.

UN Secretary-General Antonio Guterres on Thursday called on countries to double down on human development as the latest Human Development Report shows that the world's total human development, for the first time ever, has declined for two years in a row.

"Our world faces widespread and interlinked challenges that are unsettling lives and disrupting the global economy. They are triggering spikes in food and energy prices, driving up inflation and drowning vulnerable countries in debt. An uneven economic recovery from the pandemic is further exacerbating inequalities and leaving entire regions behind," he said in a video message at the launch of the Human Development Report.

This comes at a time when developing countries are already struggling with a slate of challenges not of their making -- from the pandemic to the impacts of the climate crisis, to debt distress and a lack of access to adequate resources to finance the recovery in the context of persistent and growing inequalities, he added.

"We are now facing a perfect storm that threatens to devastate the economies of many developing countries. Meanwhile, a growing mental health epidemic is affecting millions of people around the world. This year's Human Development Report shows how these widespread challenges are causing immense uncertainty. Uncertainty is costly," warned the UN chief.

The report puts forward a clear solution: countries must double down on human development and advance policies around three I's: investment, insurance, and innovation, he said. "We must invest in global public goods; expand insurance through social safety nets; and innovate, fostering new pathways and technologies. This is vital to empowering people, rescuing the Sustainable Development Goals, and truly shaping a better future in a world of transformation."

The latest Human Development Report, released by the UN Development Programme (UNDP), shows that nine out of 10 countries fall backward in human development due to multiple crises.

For the first time in the 32 years that the UNDP has been calculating it, the Human Development Index (HDI), which measures a nation's health, education, and standard of living, has declined globally for two years in a row.

Human development has fallen back to its 2016 levels, reversing much of the progress toward the Sustainable Development Goals. The reversal is nearly universal as over 90 per cent of countries registered a decline in their HDI score in either 2020 or 2021, and more than 40 per cent declined in both years.