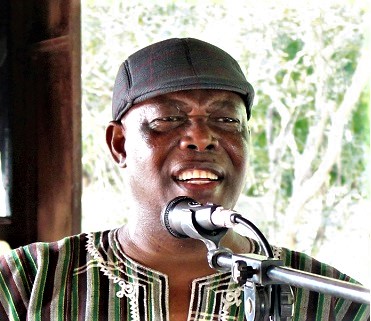 The Ghana Association of Writers (GAW) has launched its 65th anniversary, with an appeal to individuals and corporate bodies to support the association to produce more literally works to "make Ghana a reading nation again".

The immediate past President and member of the Advisory Board of GAW, Nana Kwesi Gyan-Apenteng, explained that writers needed support to enable them to churn out quality products.

He said in many parts of the world, cultural activities were funded by the state, corporate bodies and interested individuals.

Nana Gyan-Apenteng was speaking at the launch of the anniversary at the Pan African Writers Association (PAWA) headquarters in Accra last Thursday.

It was on the theme: "65 years of Promoting the development of good literature in Ghana: prospects and challenges."

Nana Gyan-Apenteng said in recent times, the art of reading had reduced substantially among both adults and children.

He described the phenomenon as worrying, saying: "We have many activities, such as the GAW Sunday, so the more we can organise and bring writers together, do live interviews and distribute books at reduced cost, the more it will enable more people to buy books and read.”

“We also have the GAW schools programme (GAWSOP) which needs the support of the public, including partnerships and sponsorships, to achieve our goals," he added.

He said the GAW could only describe itself as the most relevant and vibrant cultural civil society organisation when it was united and disciplined.

"The reason our institutional ancestors came together was unity; the reason we have survived and sustained our sacred obligations to our people is unity.

“The reason we have survived, in spite of the upheavals, is unity, and the reason we will survive another 65 years and beyond will be and must be unity," the journalist, author and traditional ruler said.

The President of GAW, Mr Francis Gbormittah, said the association was looking into a future when it would be more visible and relevant.

He recalled the times when the GAW was part of a team that put together the Constitution and said there was the need for members to rally together to revive their fortunes.

He added that although the association had faced some challenges along its 65-year journey, it was committed to growing the sector.

According to him, the association had developed a 10-year plan to intensify the creation of literary clubs in senior high schools to ignite the passion for reading and writing in the younger generation.

For his part, a founder member of the GAW and poet, Mr Annimonyam, expressed the need for schools to be stocked with books written by Ghana’s first President, Dr Kwame Nkrumah.

He explained that Dr Nkrumah, who was also a founder member of the association, wrote many books which contained his thoughts.

“His thoughts have the propensity to lead Africa out of poverty and darkness, the reason many of his ideas are being used all over,” he added.