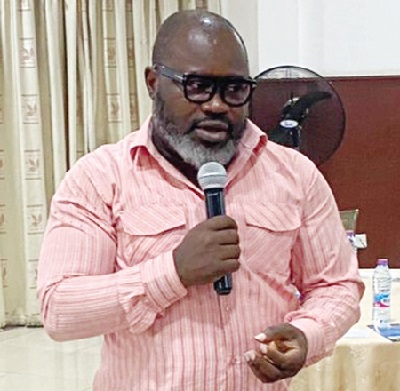 The freeze on employment next year will create 9,000 teacher vacancies at the basic educational level, analysis by the Africa Education Watch (Eduwatch) indicates.

According to the advocacy organisation, the situation would have a negative effect on teaching and learning, especially in the rural areas.

"Because no teacher will be recruited next year, it means 9,000 teachers who were earmarked for recruitment and deployed into rural schools will not be available, and that means additional empty classrooms in schools that have teacher vacancies," the Executive Director of Eduwatch, Kofi Asare, said.

He made this known at the 2023 Budget Analysis and Advocacy Workshop in Accra yesterday.

Mr Asare explained that the Ministry of Education’s request for an amount of GH¢302.4 million to recruit 9,000 into the Ghana Education Service in the 2023 budget proposal was rejected by the Ministry of Finance in line with government’s decision to freeze employment in the civil and public service.

He said it was clear that the decision to freeze employment in the public sector was “pushed down the throat” of the government by the International Monetary Fund (IMF) and that the Eduwatch was not happy at all, especially after all the assurances from the fund that it was going to protect social protection budget lines.

The Eduwatch Executive Director said the biggest social protection line in the education sector was the recruitment of teachers budget line because “without the teacher in the classroom, education cannot take place and that it is regrettable that the IMF, in spite of its assurances, has compelled our government to hand over such a bitter pill to the education sector.”

Asked what could be done to manage the situation with the absence of 9,000 teachers in the classrooms, Mr Asare said there was the need for a radical teacher rationalisation exercise where some teachers would be moved from where there were more to areas that did not have enough.

“We need to do a radical teacher rationalisation exercise that transcends district and regional boundaries, other than that the number of empty classrooms without teachers is going to increase and a lot more rural schools will not have access to qualified teachers,” he said.

He recommended that the government should consider using volunteers such as national service persons since “we are against the use of untrained teachers,” adding that “the standard based curriculum that has been developed for teaching in schools is not premised on using untrained teachers, so I don’t want us to have that discussion at all.”

The Eduwatch Executive Director said apart from the free senior high school, the 2023 budget had some serious implications for the basic education level.

He said the amount of money allocated to goods and services in the 2023 budget for basic education alone had dropped by about 40 per cent, compared to the amount that was allocated in 2022.

Mr Asare said basic education was receiving less than four per cent of the goods and services allocation.

“Education is run with the goods and services budget line, not compensation which is for teachers, and that one is a fixed cost.

But the discretionary expenditure, goods and services budget line, is the key instrument for implementing education services.

Everything free SHS and free basic education is financed from goods and services.

“So if you have a situation where just about three per cent of the goods and services budget is coming to basic education and is representing a reduction of about 40 per cent from last year, the quality deficit we were experiencing this year is going to be worse now because the money that was available (in 2022) is reducing by 40 per cent in 2023, bearing in mind the level of price changes while the money is still reducing,” he said, adding that “the budget does not spell any hope at all for basic education”.

Again, he said, for instance, if the Ghana Education Trust Fund budget reduced from GH¢2.6 billion in 2022 to GH¢1.8 billion in 2023, it meant that less schools would be built.

He, therefore, called on Parliament to reject the GETFund allocation formula that was proposed by the Ministry of Finance because allocating 30 per cent of the fund’s receivables to education was not consistent with the earmarked Funds Capping and Re-alignment Act.