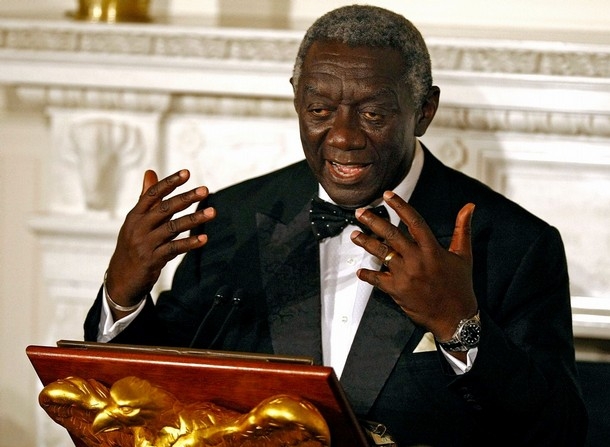 The first Wilberforce World Freedom Medal has been awarded to the former Ghana President John Agyekum Kufuor for his efforts in promoting democracy in Ghana.

The director of the Wilberforce Institute, Professor John Oldfield in an address praised Kufuor for his huge contribution to putting Ghana on the map, politically and socially during his eight-year tenure as President.

He said: "He's a remarkable figure, he's made a huge contribution to really putting Ghana on the map, politically and socially, but raising it's profile as a centre of democracy and good governance as well as an important part of the United Nations."

The Wilberforce World Freedom Summit is hosted and organised by the University of Hull’s Wilberforce Institute for the study of Slavery and Emancipation under the theme: Eradicating Contemporary Slavery.

Proceedings focus on contemporary slavery in its many different forms in the UK and around the world and also address policies designed to bring about its eventual eradication.