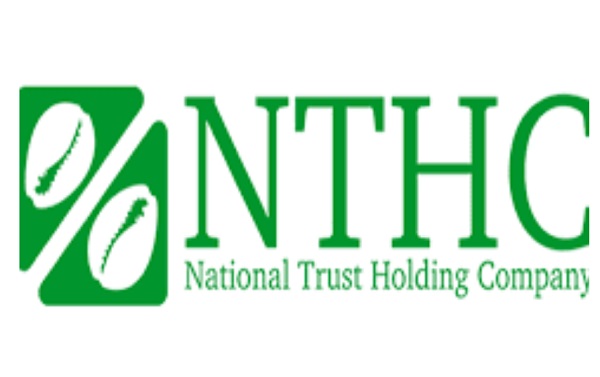 A former worker of the National Trust Holding Company (NTHC), Sampson Danso, has renewed calls for a probe into alleged financial deals at the company by the former Managing Director, Dr Albert Walter Quarcopome Barnor.

In a six-page petition to the Economic and Organised Crimes Office (EOCO) and the Criminal Investigations Department (CID) of the Ghana Police Service, Mr Danso accused Dr Barnor of alleged financial malfeasance in different deals of the company.

Mr Danso, who was a former manager of finance in charge of NTHC securities and projects, accused Dr Barnor of allegedly diverting a $40 million loan from the Social Security and National Insurance Trust (SSNIT) meant for the purchase of cocoa beans, into other transactions, including commercial paper loans among others despite management’s insistence to use the loan for its intended purpose.

But the former Managing Director, Dr Barnor has denied the charges saying the accusations are false.

The state-owned investment firm is now distressed has requested an urgent bailout from the government to enable it to meet its indebtedness to rural and community banks (RCBs) across the country.

The GH¢500 million bailout request is also expected to help the trust to settle its numerous retail customers, who have been victims of its liquidity crunch since 2019.


Other allegations against Dr Barnor is a $5.7 million which is unaccounted for by the management of NTHC under Dr Barnor.

Again, funds totalling $3.6 million provided by SSNIT as its share of recapitalisation of NTHC Limited between 2012 and 2013 were allegedly misapplied and misappropriated.

The funds, instead of being used for the company’s recapitalisation, were allegedly diverted into the acquisition of a head office land at Osu Danquah – Labone road.

Also, Dr Barnor has been accused of inflating the cost of furniture for the company’s head office.

He has been accused of purchasing a table in his office for GH¢43,700.

Again, Dr Barnor is alleged to have withdrawn monies from the company’s foreign accounts without adherence to laid-down procedures making it difficult to make meaningful reconciliations since the accounts were opened.

But responding through his lawyers, Alliance Law Unlimited, Dr Barnor denied the accusations insisting that there were no misapplication of SSNIT loan.

He said the bank accounts into which the proceeds of the loan was deposited was there for all.

“KPMG and Danso could have gone through the bank statement to determine the use of the funds”, he said while accusing KPMG, an auditing firm, of doing a sloppy work.

He said all collateral securities pledged for loans were registered with the Bank of Ghana’s Collateral Registry in line with the requirements of the Lenders and Borrowers Act 773.

“NTHC carried out its lending activities under the Borrowers and Lenders Act 773. References to the Securities and Exchange Commission guidelines in relation to NTHC lending are misguided”, he wrote through his lawyers.

Credits and assets-backed commercial paper requests were subjected to rigorous due diligence by the Corporate Finance Department to determine viability of proposed projects and businesses, as well as capacity to repay.

A staff of the NTHC, Sampson Danso, has consequently petitioned the Economic and Organised Crime Office (EOCO) and Commission on Human Rights and Administrative Justice (CHRAJ), over the unlawful termination of his employment with the company.

“Sir, in pursuant of the government efforts to eradicate corruption in Ghana, I, in collaboration with some concerned staff of the NTHC had since 2005 run a long battle with the managing director and some board members over corruption and mismanagement of both public flotation funds, corporate and individual clients’ investment funds.

“This action has led to my victimisation and other senior management staff who out of patriotism had sought to protect the company from total mess.

“The managing director in an effort to cover up his diabolic deals had since November 29, 2013, wrongfully terminated the appointments of myself and seven other colleagues he deemed to be watchdogs/vigilantes on his administration under the guise of staff restructuring without due compensation.