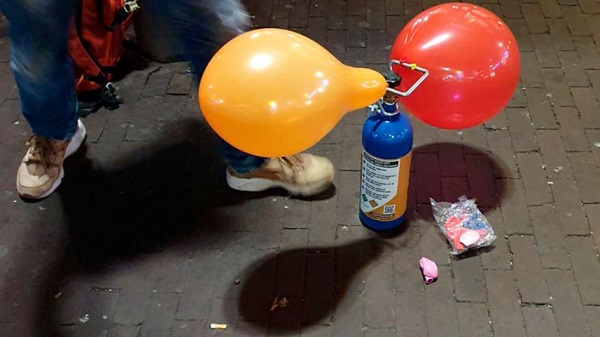 The Food and Drugs Authority (FDA) has cautioned the public against the recreational use of Nitrous Oxide, the party drug commonly known as “laughing gas”.

The FDA in a public notice said the abuse of Nitrous Oxide gas was extremely hazardous and included risks of low blood pressure, heart attack and anaemia.

The notice added that abusers of Nitrous Oxide gas are also prone to the risk of suffocating and loss of consciousness.

The FDA said its attention had been drawn to the abuse/misuse of Nitrous Oxide gas at nightclubs and parties in the forms of balloons and canisters to induce euphoria and laughter.

It also admonished nightclubs, pubs and party organizers to desist from the inappropriate use of laughing gas in their facilities.

"The public is hereby urged to promptly report to the Authority on the abuse of Nitrous Oxide gas.

"The Authority is collaborating with other relevant stakeholder agencies to address the emerging safety concerns. In the meantime, the FDA assures the public of its commitment in ensuring public health and safety through continuous public education, engagement and sensitization of the public on the risks of substances of abuse". 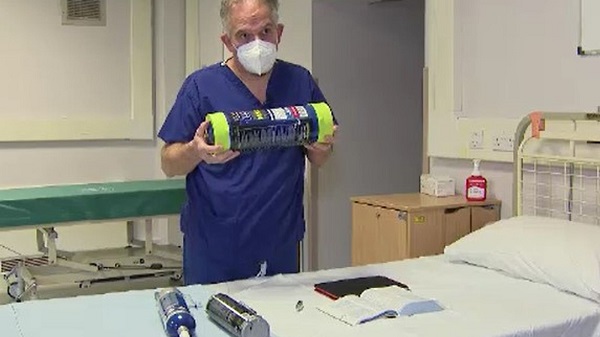 Dr David Nicholl with some of the newer, larger nitrous oxide canisters popular with addicts

"I think it's wrong to call it laughing gas because that makes it seem like it's a joke," Dr Nicholl told Sky News in an interview.

"It is a drug that is used as an anaesthetic, but that's with 50% oxygen in a supervised environment with health professionals who understand doses."

Dr Nicholl said misuse of the substance is currently the most common cause for emergency admissions to the neurology ward.

"People come into hospital off their legs, difficulty walking, presenting with tingling in the hands and feet, slurred speech and more rarely seizures.

"I've even spoken to one ophthalmologist colleague who has seen a patient who went blind, but that was secondary to hypoxia caused by inhaling nitrous oxide," he warned.