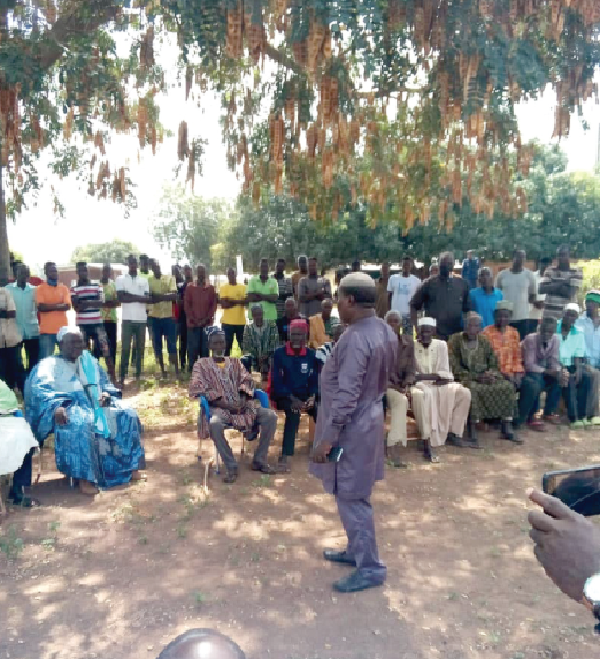 The Chief Executive of the Yendi Municipal Assembly, Alhaji Hammed Abubakar Yussuf, has urged the people to report persons who engage in acts that have the tendency to disturb the peace of the region.

He said development projects in the area were as a result of the sustained peace in the region, hence the need to safeguard the peace to ensure continuous development in the area.

Alhaji Yussuf made the call at a peace campaign jointly organised by the Municipal Security Council (MUSEC) and assembly members in the wake of the simmering tension between some ethnic groups in Yendi.

He indicated that there were concerns that some ethnic groups could disturb the peace in the area and for that matter the eastern corridor of the region.

Such concerns, he said, had no basis, and advised the youth to refrain from spreading such information, saying the chiefs of the said ethnic groups had no idea of what was circulating on social media.

He reiterated that posterity would not forgive them if they did not work to safeguard and improve the current peace in the area.

He said it was for this reason that the MUSEC and the assembly members were carrying out the peace campaign in 24 communities within four zones of the municipality.

Alhaji Yussuf also cautioned against group hunting this year, saying farms could be destroyed as aresult and that it could breed violence.

The Yendi Municipal Police Commander, Deputy Superintendent of Police (DSP) Paul Kudiewu, indicated that without peace, the people would not have been able to go to their farms to attend meetings with their chiefs, youth and women.

He warned the ethnic groups, particularly the youth, not to incite people against others because water, electricity, health facilities, among other development projects would not come to the area if there was no peace.

DSP Kudiewu urged the youth not to abuse drug substances that could encourage violent tendencies.

The Chief Imam of the area, Mallam Ibrahim Abubakari, expressed gratitude to the MUSEC for the peace campaign, saying it would promote and sustain the peace of the area.

The Deputy Coordinating Director of the Yendi Municipal Assembly, Mr Ibrahim Abdul-Rahaman, advised the people to maintain the peace of the area, saying in times of conflict, funds for development would be channeled into peacekeeping in the areas of the conflict.

Most of the residents said that the youth engaged in violence due to ignorance of the after-effects of conflicts.