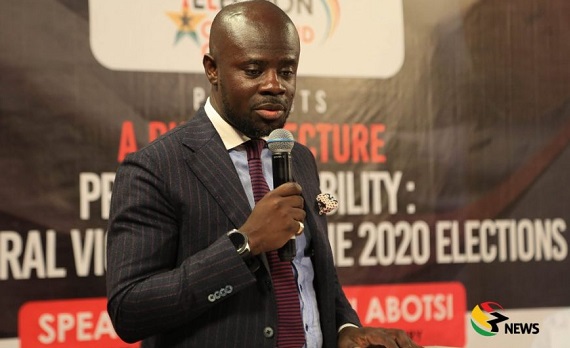 He said the involvement of the citizenry would curtail excesses by “the trusteeship regime” that the Constitution placed on Presidents regarding natural resources.

Prof. Abotsi made the call at a seminar organised by the Institute of Economic Affairs (IEA) on: “Development and constitutionalism: Building a trusteeship that works and benefits citizens" in Accra last Tuesday.

The seminar was part of the IEA’s project on reviewing the 1992 Constitution to promote good governance and sustainable development in the country.

It was used as a platform to collate views and issues to help shape and broaden the debate on the reform of the Constitution.


Prof. Abotsi further called for the establishment of a ‘Trusteeship Impact Assessment’ which would afford the citizenry the opportunity to express their views and seek explanations before making inputs into projects involving the exploitation of natural resources.

The reforms, the legal luminary said, could include the requirement that upon a formal laying of a transaction in Parliament, the Legislature shall only proceed to consider it after it had conducted a trusteeship impact assessment during which the views of the people affected by the transaction were heard.

Prof. Abotsi, who is also a managing partner of the law firm, Axis Legal, Ghana, suggested a number of reforms to address “the historical failure of [Parliament] to exert its controlling influence over the Executive in matters of governance and management of natural resources over the past 30 years".

The proposals, he noted, would strengthen Parliament’s oversight role over the Executive in the management of Ghana’s natural resources for development purposes.

He explained that the reforms, when carried out, would ultimately improve “Parliament's audit powers and prevent the institution from further becoming weaker and just a nominal player”.

Taking a further look at the dealings of Parliament, he said the situation where a simple majority of parliamentarians was needed to pass a resolution was problematic.

That, he said, had led to “fragmented behaviour on the part of Parliament, as has been seen for the past 30 years, with political parties acting en bloc and the Majority supporting Executive action based on political partisanship and beneficial considerations".

Again, he indicated that records showed that the requirement of a simple majority had been easily “scalable and resulted in the approval of obnoxious policies and questionable deals in the past”.

Prof Abotsi, therefore, suggested the enhancing of that requirement to higher thresholds of two-thirds majority requirement for approval, saying that would likely lead to higher scrutiny of projects, as the need for votes across the political divide would necessarily compel greater audit of deals presented in Parliament by the Executive.

“The process will also promote consensus building and remove fragmented tendencies,” he added.

Prof. Abotsi recommended a strategic reform that would compel political parties to submit policy blueprints on their management of natural resources, should they win power, to provide a parliamentary template for approval purposes.

The blueprints, he said, would help build consensus among the various political parties and also provide a useful contest for Parliament's approval powers when the parties were in office and sought approval for key agreements.

Explaining further, he said the parties would have to prove where the agreements they sought to push through Parliament fitted in their pre-electoral policy blueprint as far as the exploitation of natural resources was concerned.

A former Chief Justice, Justice Sophia Akuffo, and a prominent legal practitioner, Sam Okudzeto, both stressed the critical roles of Parliament and the citizenry in managing the country's natural resources.

The roles, they noted, would help address the current economic challenges facing the country and ensure that the resources were well managed for the benefit of posterity.

A former Speaker of Parliament, Prof. Aaron Mike Oquaye, who chaired the event, called on Ghanaians to patronise the IEA seminar series and provide various documentations, including video recordings of their inputs into the Constitutional Review project embarked upon by the IEA.