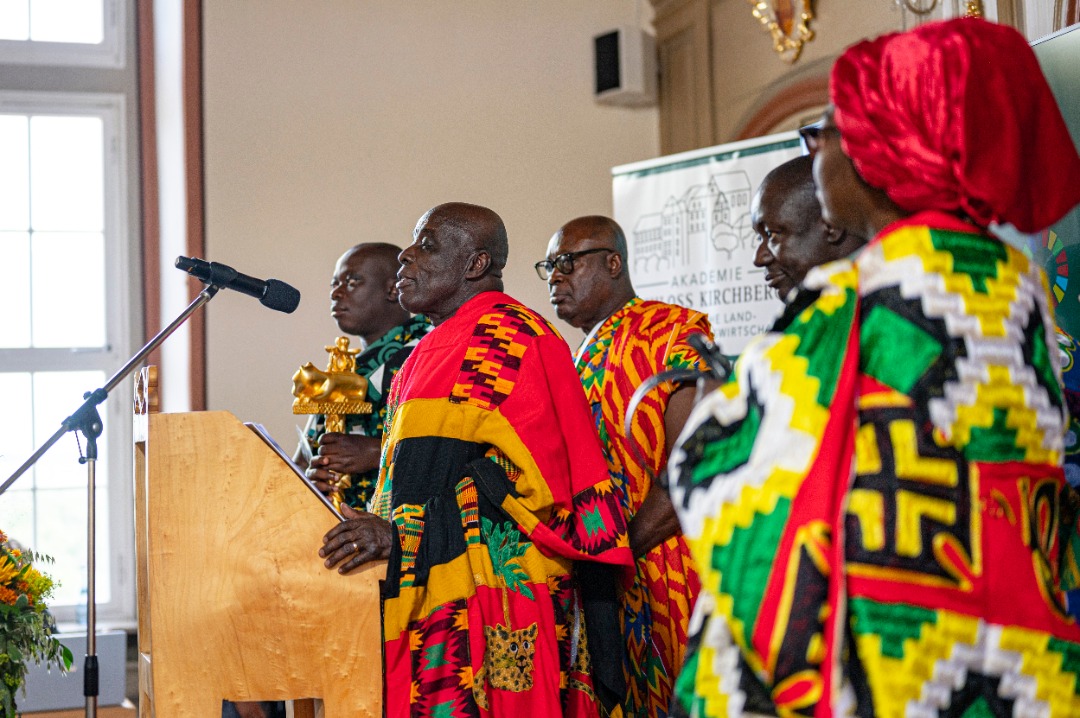 Osagyefuo Amoatia Ofori Panin (2nd from left), the Okyenhene, delivering the keynote address. With him are members of his entourage. PICTURES BY Jan Wagner
30.5k Shares

The 5th World Organic Forum in Kirchberg/Jagst, Germany from June 27 to 30, 2022 ended with a call for a paradigm shift from industrial to sustainable organic farming.

The call, made by speakers at the forum, was for the most resource-efficient form of agriculture and land management, organic farming to ensure harmony with nature and natural resources.

It described intensive climate-hostile commercial farming as a destructive method that relied heavily on expensive and harmful chemicals and high consumption of resources, threatening human health and the planet.

The Chairman of the Haus der Bauern Foundation, Rudulf Buhler; the Okyenhene, Osagyefuo Amoatia Ofori Panin, and the Nobel Laureate and

The Right Livelihood Award winner, Prof. Dr Vandana Shiva, were among those who made the call.

The others were the Senior Manager of the Global Policy of the International Federation of Organic Agriculture Movements (IFAOM)-Organics International, Gabor Figeczky, and the Honorary President, Club of Rome, Prof. Dr Ernst Ulrich von Weizsäcker.

The four-day forum, which serves as an intellectual counterpart to the World Economic Forum in Davos, Switzerland, was held at the Kirchberg Castle on the theme: "Localising SDG's: Creating a network of sustainable regions on organic soil". 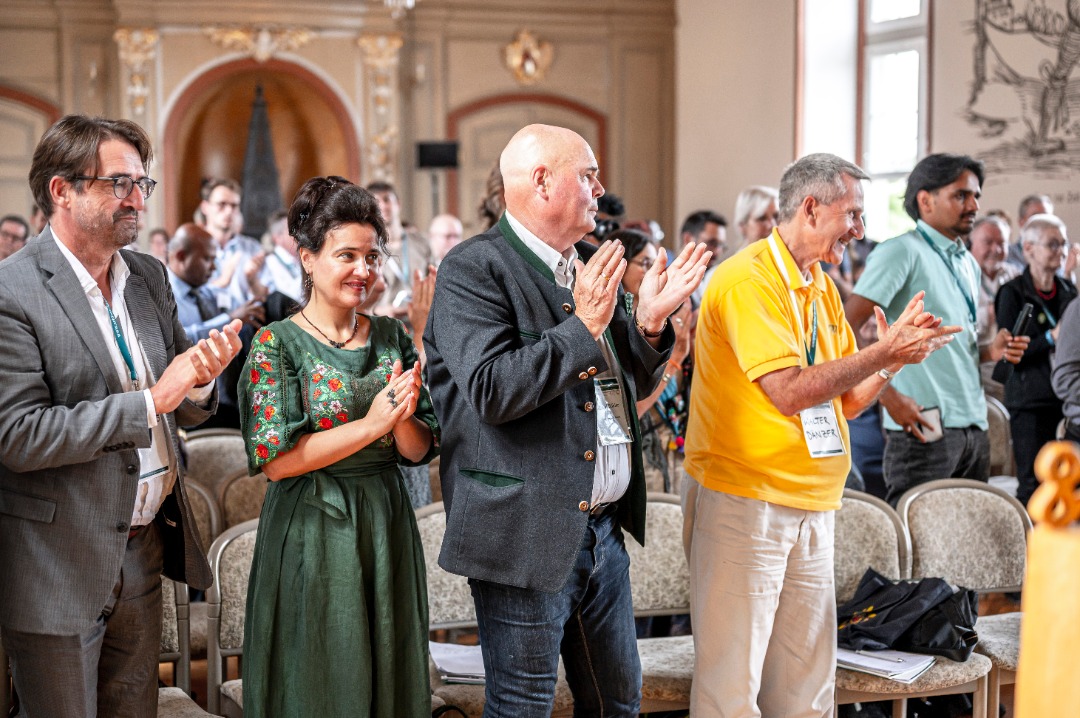 It focused on the local implementation of the 17 Sustainable Development Goals (SDGs) across the world.

Discussions featured, among others, how to implement successfully the 17 goals in rural areas through a bottom-up approach and the building blocks needed for regional planning of the SDGs and how to measure them. 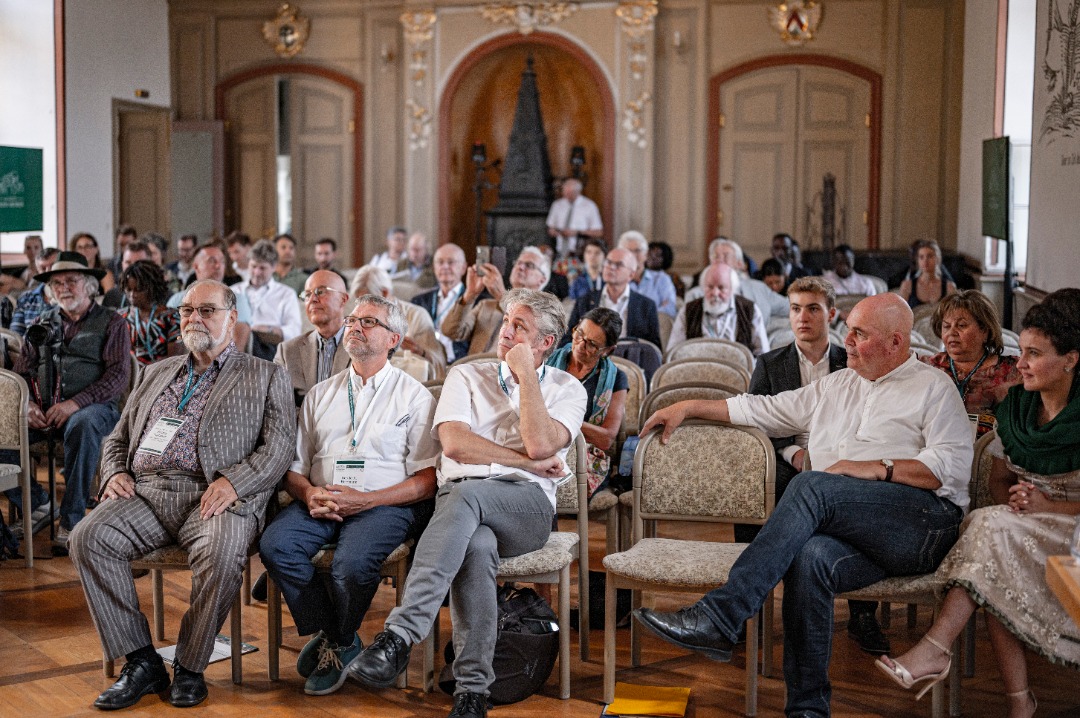 Addressing the delegates, the founder of the Akademie Schloss Kirchberg, the organisers of the forum, Rudolf Buhler, said the forum stood for sustainable management of the world‘s natural resources and managing them to ensure long-term sustainable global food supply.

He noted that the chemical-technical agricultural economy based on fossil energy and raw materials had a high consumption of resources and was, therefore, climate-hostile as it was based on the thinking of yesterday and the day before yesterday.

He said every year 140 million tons of nitrogen were produced from fossil energy for the fertilisation of agricultural areas.

“A huge amount of fossil energy, in the form of natural gas and crude oil, is used for this purpose and then we find out that in this very chemical-technical agricultural economy up to 280 kg of nitrogen per hectare is used on agricultural land. 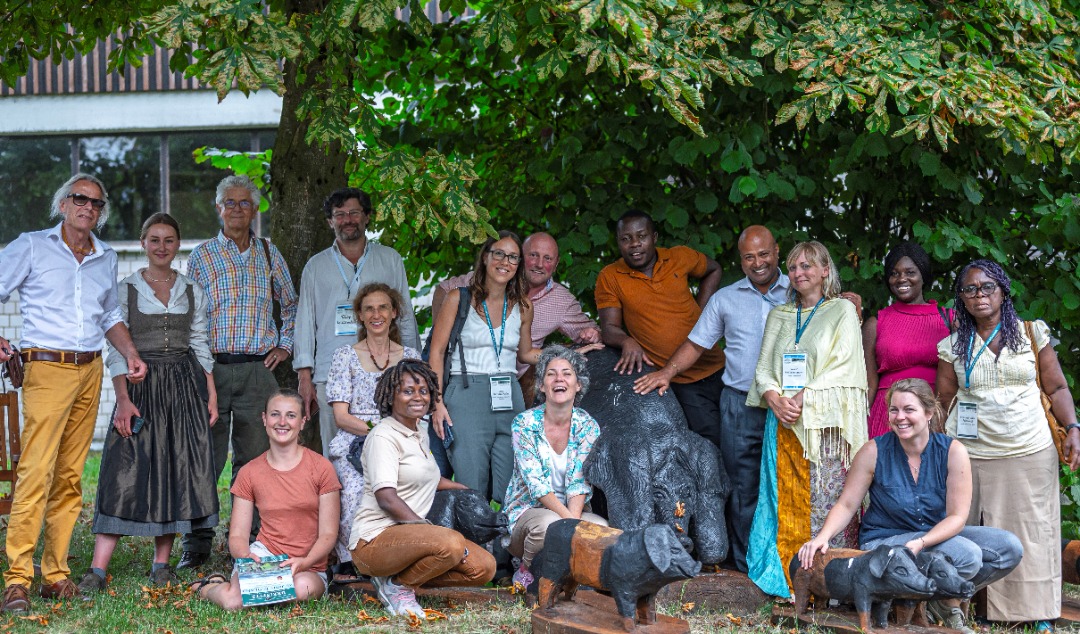 “From this again a considerable water pollution is generated which by complex technology then again is being filtered out again at the expense of the general public,“ he said.

To reverse such outmoded practice, Mr Rudolf said the simple use of naturally-growing nitrogen collecting plants such as legumes, soyabeans and green peas could naturally provide the nitrogen necessary for plant growth and soil improvement.

Delivering the keynote address, Osagyefuo Amoatia Ofori Panin called on development partners, as well as African governments to form a partnership that would lead to investment in the expansion of the study and research into Africa’s indigenous knowledge systems in order to produce food and cash crops sustainably.

He also called for support for indigenous farmers to harness traditional knowledge of organic farming to help advance the international efforts against global warming and safeguard the environment in sustainable ways.

“Indigenous farmers must be encouraged to tap into the best indigenous knowledge and practices in order to strengthen agriculture in the rural areas of Africa as the best guarantee of development for the people,” he stated. 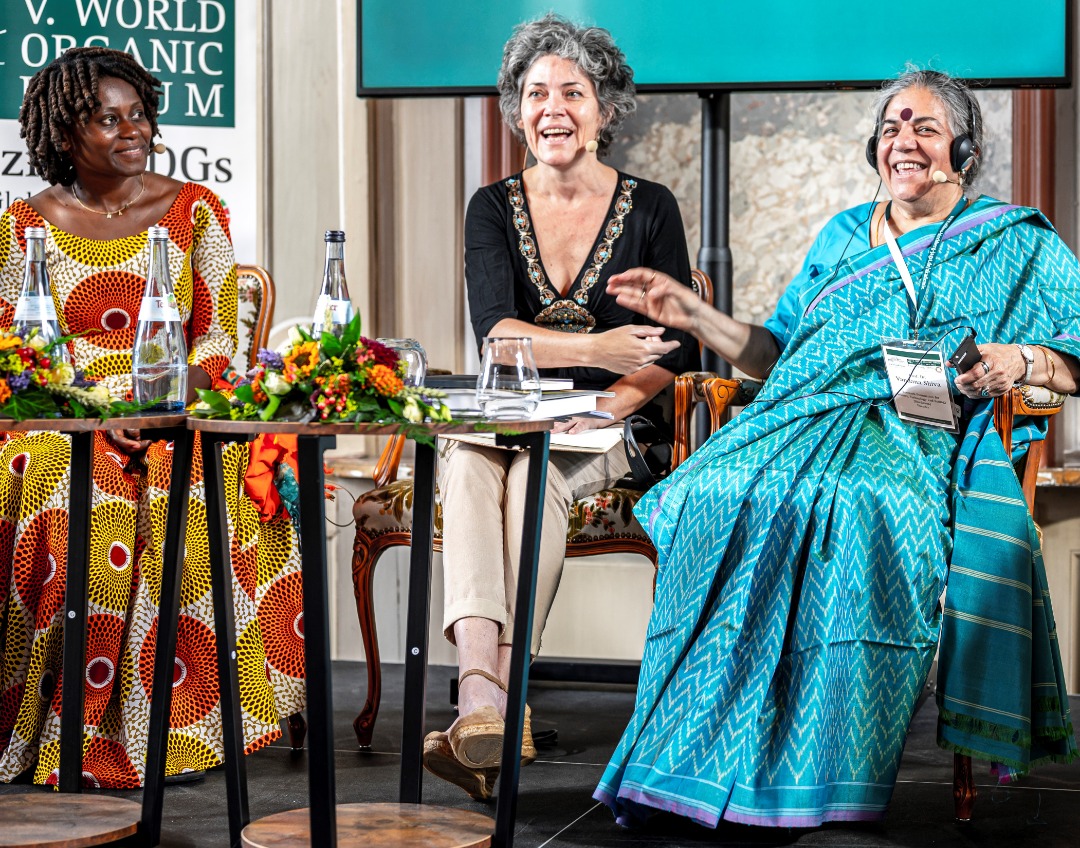 Prof. Shiva, a renowned protagonist of organic agriculture, urged both developed and developing nations to localise the SDGs, curb the threat industrial agriculture posed to the achievement of the key goals of the UN Agenda 2030.

She said heavy use of chemicals and fertilisers in industrial agriculture had today led to the production of less nutritional food, depletion of soil fertility, destruction of biodiversity, pollution of water bodies and impoverishment of farmers in poorer countries.