Ejura inquiry: Bullets penetrated victims from their back - Doctor 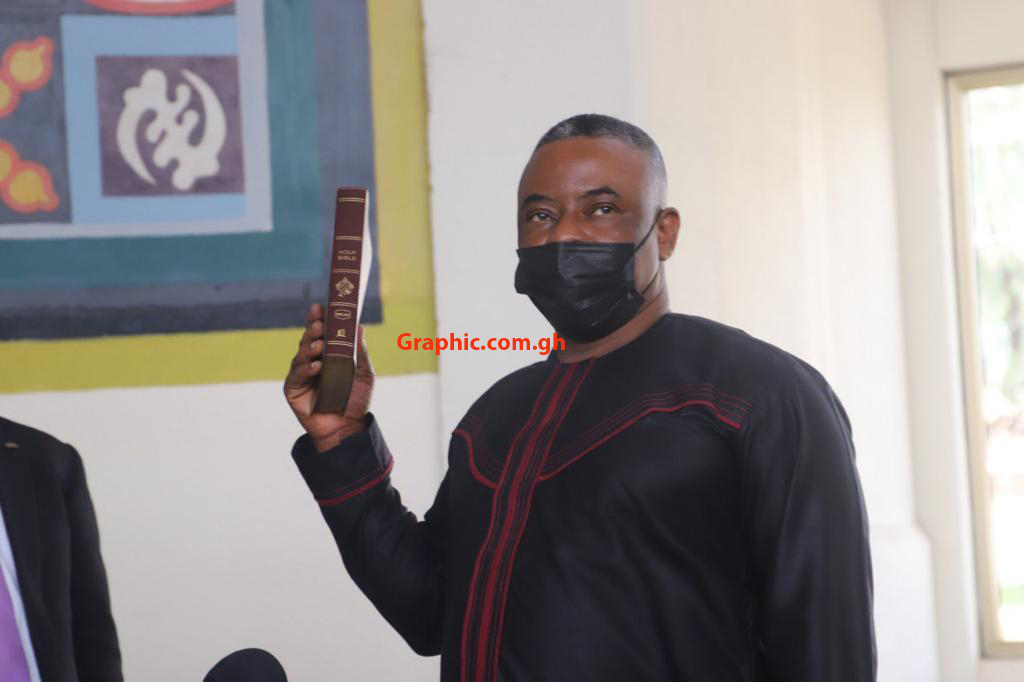 The Medical Superintendent of the Ejura Government Hospital, Dr Mensah Manye says the two victims who died in last week's incident at Ejura in the Ashanti Region sustained gun shot wounds that penetrated their bodies from the back.

Appearing before the three-member committee probing the security handling of the incident, Dr Manye said the gun shot injuries on the two, were indicative that the bullets penetrated from the back of the deceased persons.

He said the first person he attended to and died had the wound at the left upper chest, penetrating into the chest.

Later identified as Abdul Nassir Yussif, he said he was brought in dead.

He said there was also an injury at the left shoulder joint with a fracture, meaning the left arm was fractured or broken.

He said that the gun shot injury was at the back of left upper chest.

Dr Manye said there was also an injury at the left shoulder with a fracture in the left arm. He said the victim had passed on and so he covered him and left him, having seen the sort of injury he had.

Clarifying, Dr Manye said the entry was at the back of the second person, Muntala Ibrahim, who was brought in alive.

He said all their cloths were soaked with blood.

He said the second one was getting into shock, collapsing, gasping, sweating profusely with a very fast rate of pulse.

"We quickly resuscitated, giving enough fluid, ordering for blood and the necessary oxygen to be given in order to revive the client," Dr Manye added.

He said they left him and concentrated on the other injured persons who had been brought in.

On the injured persons he said one of them, Louis sustained a gunshot injury at the back, at the right just above the waist, into the abdomen, precisely the lower part of the pelvic region.

He was bleeding profusely due to the extent of bleeding and when I probed, and when I saw where the injury was going, I knew internally there were more damage than what we were seeing physically and so I called for an ambulance.

Dr Manye was testifying before the three-member committee probing the incident on Thursday afternoon in Kumasi at the Prempeh Assembly Hall.

Asked by a committee member if he could tell it was a close range shot or it was from afar, Dr Manye said it looked like it was from a distance but could not calculate an estimated range explaining that he was not an expert in that area.

"What I can say is that, it wasn't so close like that... I can say that I am not an expert in this, but it was from quite a distance."

Asked about the bullets, he said for the deceased he could not determine if the bullets were still in them since the crowd besieged the hospital and demanded the release of the bodies without postmortem being performed.

As a result he said he may not be able to tell whether the bullets were still in them.

But for the injured, "the surviving one, we took an x-ray, yes.  [For the deceased], if we had taken an x-ray, I would have been able to know some of the bullets but since we didn't take x-ray I can't comment," he said.

He said for the surviving ones the bullets were seen in the legs and the patient was referred to Komfo Anokye.

He explained that the hospital could not perform a postmortem on the deceased persons because a charged crowd that had besieged the hospital prevented them from doing so as they demanded an immediate release of the bodies for burial.

"It wasn't easy, things of this nature, it is a national issue and when it happens as a doctor, you have to take all the necessary precautionary measures and advise for the body to be kept at the morgue for any further investigations."

"So after the death of the two, they came in and said they wanted to pick the body. I said no, we don't do it like that. We have measures to take before actually releasing the body."

"But they realised I was delaying their time and I said with what happened, I had to call the police, get the relatives for the appropriate transfer of the body to the morgue and we arrange for postmortem. It was then that they shouted, they will burn down the hospital if I tried and also our lives."

"I also started calling the police, under that condition, they could also not come. And because of the agitation, 'release the body, release the body',  quickly and reluctantly, I had to release the body to preserve the hospital from being burnt and also save the lives of my staff and myself. So I quickly released the body," he added.

He said when he mentioned that he was calling the police, it annoyed the crowd the more and they demanded for the bodies amidst threats to burn down the hospital.

Read also: Ejura: 2 arrested suspects are not my bodyguards - MCE

Asked if he was aware if the bodies have been buried, Dr Manye responded, "eeeiii!!! long ago."

He said he has already given his medical report to the police.

He said the survivors, they took an x-ray and the bullets were in there before they were referred to the Komfo Anokye Teaching Hospital