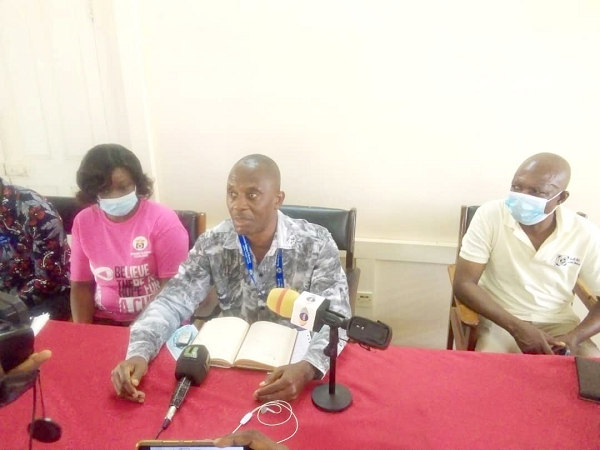 In line with the Electricity Company of Ghana’s (ECG’s) efforts at plugging any loopholes resulting in the loss of revenue to the company, its Eastern Regional Office has begun an exercise to identify households and other establishments that have been illegally connected with electricity.

The exercise, which will be carried out on the last Friday of every month, will ultimately culminate in the apprehending of owners of such facilities, who will be handed over to the police for prosecution.

The General Manager of the company in charge of the Eastern Region, Mr Michael Baah, made this known at a press conference in Koforidua last Friday to brief journalists on the canker and steps taken to address the issue.

He said anybody caught in the exercise that will cover all 14 operational areas in the region and which had already started, would be made to face the full rigours of the law.

Mr Baah, therefore, warned such people to desist from such negative practices or have themselves to blame, since no one would be spared.

Although he did not disclose the exact amount of money the company loses through illegal power connections, the ECG Eastern Regional General Manager indicated that the losses had adversely affected the fortunes of the company in the region.

He expressed worry that power that had been bought from the Ghana Grid Company Limited (GRIDCo) was being used free of charge by unscrupulous consumers, stating that the practice must stop immediately.

He assured the public that the identity of informants would not be disclosed, urging them not to hesitate to help bring perpetrators to book.

According to Mr Baah, the Special Advisor to the President, Mr Yaw Osafo-Maafo, had challenged the ECG to find a modern method of checking illegal connections, which challenge they had taken up with the inspection of electricity meters of consumers.