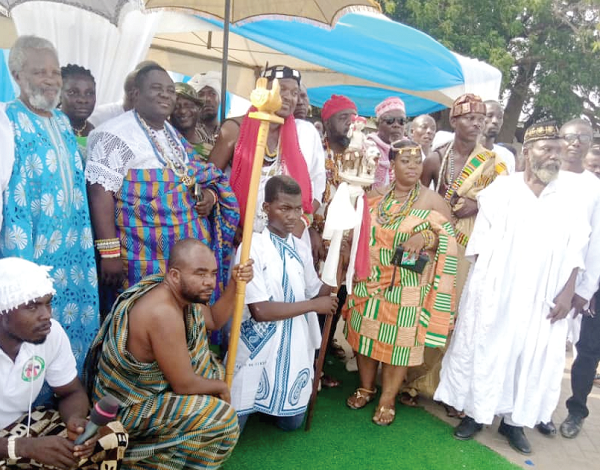 The 25th anniversary of the establishment of the Ghana Psychic and Traditional Healers Association has been held with a call on Ghanaians not to associate traditional and herbal medicine with charms and idols.

The President of the Association, Nii Abo Commey Gbaku I, who made the call at the celebration in Tema last Saturday, stated that traditional medical practice was recognised by the World Health Organisation (WHO) and had officially become an integral part of the country’s medical care system.

Consequently, he said, the association would spearhead operations to remove and destroy charms and idols which did not conform to traditional medicine.

“The association will regulate traditional alternative medicine practice, train and certify students and practitioners nationwide and ensure standards and quality practice,” he said.

Nii Commey entreated members of the association to unite and seek a common goal to ensure rapid development of the industry.

"As a traditional healer, I believe in the use of herbs, plants and leaves to cure all sorts of sickness and diseases," he stated.

He added that resorting to traditional way of curing a sickness or disease was not outmoded.

Speaking in an interview, the La-Leshie Mantse, Nii Tettey Ofro Osro I, admonished traditional medicine practitioners to redefine the trade, brand it properly and package it well to attract the needed patronage from the public.

"In the olden days, there was a strong belief in traditional medicine and still now people like us patronise it but the excessive intake of it without the required dosage and further directives from appropriate regulatory bodies can be detrimental to one’s health," he told the Daily Graphic in an interview.

He urged practitioners of traditional medicine to work in accordance with the guidelines from the legally constituted Traditional Medicine Practice Council (TMPC) and the Food and Drugs Authority (FDA).