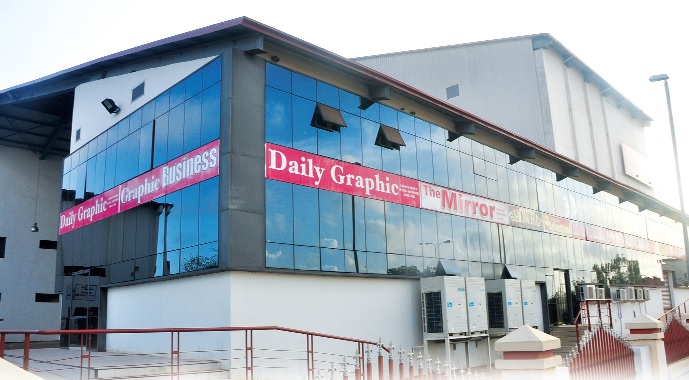 Only two out of 100 manufacturing companies scored a Green (Very Good) rating in the 2012 ‘Akoben’ trend analysis done by the Environmental Protection Agency (EPA) for 2012.
The two — Diamond Cement Limited, Aflao and Ghana Rubber Estate Limited (GREL), Takoradi — were presented with certificates at the public disclosure in Accra last week Friday.

Presenting the results of the EPA’s trend analysis for 100 companies in Accra last Friday, the Chief Executive Officer of the agency, Mr Daniel S. Amlalo, said 30 per cent of the companies attained Orange (Satisfactory) grading, 61 per cent Red (Poor), seven per cent Blue (Good), with only two per cent getting Green (Very Good).

None of the companies had the ultimate Gold (Excellent) overall grading.

Companies that attained Blue had, however, increased in number since 2009, whereas for Green the number had been consistent over the period, with the exception of 2011.

The Graphic Communications Group Limited (GCGL) and its subsidiary company, G-Pak Limited, together with 28 others, attained Orange rating in the ‘Akoben’ trend analysis.

Although both companies were participating in the programme for the first time since it began in 2009, they achieved good grading in almost all seven areas reviewed and were only let down in the “Non-Toxic Releases” and “Monitoring and Reporting” categories which eventually formed the basis for their final rating.

Incidentally, both the GCGL and G-Pak had Gold grading in “Corporate Social Responsibility”, Green in “Community Complaints” and Blue in “Legal Issues”, “Hazardous Waste Management” and “Environmental Best Practices”.

An Orange rating was obtained in “Non-Toxic Releases” and “Monitoring and Reporting”.

According to Mr Amlalo, companies that had consistently had Red over the four-year period would be ‘gently’ invited and steps taken to ensure that the right things were done.

“If you score Red a number of times, it reflects on us. We would not want you to score Red; we will help you move up,” he said.

Responding to a concern that the Red rating of manufacturing companies could make them lose customers, Mr Lambert Faabeluon, the Director of the Manufacturing Industry Department of the EPA, urged companies that attained that grade to be committed to improving their lot, otherwise there would not be any incentives to others that were doing well.

By Edmund Smith Asante/Daily Graphic/Ghanaa
Writer’s email: This email address is being protected from spambots. You need JavaScript enabled to view it.
Follow @Graphicgh