Death toll in Church of Prosperity building collapse rises to 18 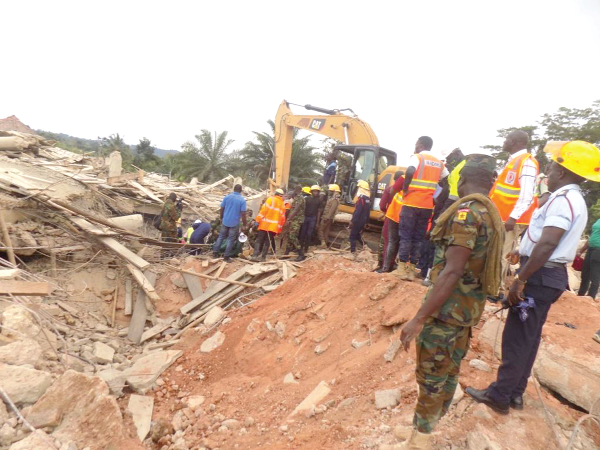 The death toll from the collapsed Church of Prosperity building at Akyem Batabi in the Asene-Manso District in the Eastern Region has risen to 18.

As of midday, the rescue team had cleared half of the debris.

The deceased are made up of 11 females and seven males.

Eight persons were on Thursday rescued from the debris and were sent to the Oda Government Hospital for treatment.

The Church of Prosperity building collapsed on Tuesday, trapping over 60 members of the church.

The victims were on a three-day fasting and prayer session for the sick Founder and Leader of the church, Prophet Isaac Ofori, aka Akoa Isaac.

Prophet Ofori is currently assisting the police in their investigations.