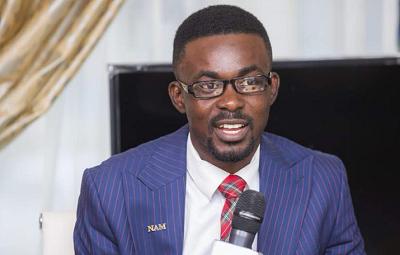 A bench warrant has been issued for the arrest of the Chief Executive Officer of the defunct gold dealership firm, Menzgold Ghana Limited, Nana Appiah Mensah, popularly known as NAM 1, and two others for failing to appear before the Adentan Circuit Court over an alleged fraud charge.

Nana Mensah, together with Gabriel Kwamigah, aka Gabby, and Eric Amponsah Bediako, aka Cana, was expected to appear before the court yesterday after the judge, Mrs Sedinam Awo Balokah, had given him and the others two days to show up in court.

The bench warrant was as a result of the three men’s failure to attend court on two occasions, having been charged with conspiracy to commit crime, to wit, defrauding by false pretence.

Last Tuesday when the case was first called, the three accused persons were absent, for which reason the prosecution could not present the case to the court.

The trial judge, Mrs Balokah, who ordered that criminal summons be served on the accused persons, then ordered them to appear before the court yesterday, after counsel for NAM 1, Mr Yaw Dankwah, had told her that NAM 1 was not in Accra.

When the judge inquired of the whereabouts of the accused persons in court yesterday, Mr Dankwah said they were on their way to the court.

He, however, raised an objection to the fact that the prosecution, led by Superintendent Patience Mario, was using wrong processes against his clients.

He explained that per the Criminal Procedure Code, 1960 (Act 30), an accused person could be brought to court through a charge sheet or summons, but in the case of his clients, the prosecution was using both the charge sheet and summons against them, which constituted a nullity.

The accused persons, Mr Dankwah said, should have been served with only criminal summons and requested the court to order the prosecution to do the right thing.

The judge, however, held that “the fact that you are here shows they have deliberately refused to come” and subsequently issued the bench warrant for their arrest.

He adjourned the case sine die.

NAM 1, together with the two others, has, for the past two years, been on trial at an Accra Circuit Court for defrauding customers of his company to a tune of GH¢1.6 billion.

The prosecution had accused NAM 1, his wife, Ms Rose Tetteh, and his sister, Ms Benedicta Mensah, of using Menzgold as a tool to defraud more than 16,000 people of GH¢1.68 billion.

He is currently on a GH¢1 billion bail, with five sureties, after he had initially been charged with 13 counts.

He was expected to appear on November 22 for the continuation of the trial.