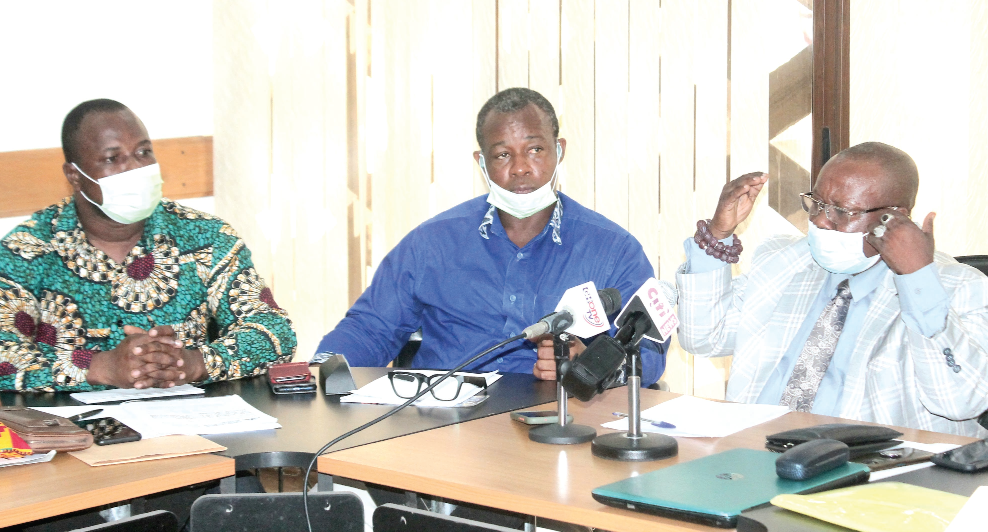 The Ghana Chamber of Construction Industry (GhCCI) has appealed to the government to endeavour to settle its indebtedness to members.

The group said failure by the government to fulfill its obligations would lead them to embark on several actions, beginning January this year, to get their money.

The chamber said the closure of classroom blocks, blockade of roads built by members and possible legal redress were some of the actions it would consider taking to compel the government to yield to its demands.

It described as unfortunate the government’s indebtedness of more than $1.8 billion to members and said the situation was affecting the fledgling industry.

Addressing the media after its strategic meeting in Accra yesterday, the Chief Executive Officer (CEO) of the GhCCI, Mr Emmanuel Cherry, said failure on the part of the government to settle its indebtedness had already taken a negative toll on the operations of members.

According to him, the $1.8 billion debt had been compounded by interest on delayed payment, making it more difficult for members to pay their financiers.

“The government will need more than $1.8 billion to settle contractors in the country, since it will include interest on delayed payments. Contractors are struggling because we haven’t been paid for so long and it’s causing massive discomfort to us and our families,” Mr Cherry added.

The Chairman of the chamber, Mr Emmanuel Martey, commended the government for declaring 2021 as Year of Roads (YoR), but said it was necessary to settle its indebtedness before embarking on new projects.

"We hereby laud your declaration and pledge our total support to partner the government in the swift delivery of quality road networks, as well as other affordable infrastructure projects, for the benefit of the citizens of our beloved country,” Mr Martey said.

He said the declaration of 2021 as year of roads would only be satisfactorily honoured if the government cleared the debt owed members.

According to him, road infrastructure investment often ensured a buoyant economy, which enabled the country to compete favourably at the global marketplace.

"Ghana has made progress with regard to telecommunication infrastructure, services and expansion of port services. However, it lags behind significantly in the provision of affordable housing, water and sanitation, health posts, water transportation and irrigation, which also need much more attention.

"The chamber offers professionalism, research and artisanal expertise in the areas of planning, surveying, development management, architecture, engineering, construction science, building, roads and plumbing installations which help the country in its development agenda," he said.