Consider Voters’ ID as proof of nationality —Federation of Labour 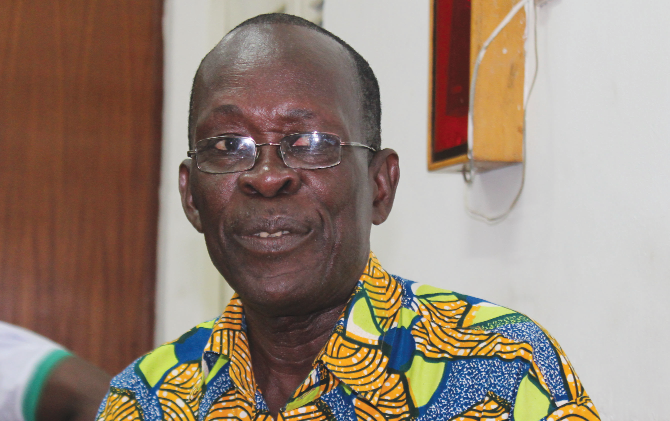 According to the GFL, the public outcry for the voter’s ID to be included in the list of documents for the exercise was not born out of any selfish interest but to ensure that no citizen is deprived of their voting right.

Speaking to the Daily Graphic last Friday, the of the GFL, Mr Abraham Koomson, asked the NIA to reconsider its decision to limit the list of documents for the exercise to certificate, driver's licence and Ghanaian passport. According to him, the process for acquiring a voter’s ID was even more rigorous and credible than some of the required documents today.

Mr Koomson warned that any attempt to politicise the registration process for selfish interests would be dangerous for national development.

Mr Koomson further observed that the Supreme Court’s ruling in the Abu Ramadan versus the Attorney-General case which affirmed the voter’s ID card as proof of identity was strong evidence that it ought to be part of the list of accepted documents.

"Again, the National Identity Register (Amendment) Regulations, 2018 LI 2356 captures the voter’s ID card as a critical requirement for the acquisition of national ID card so we advise the leaders of this country to think through their actions in the interest of national unity," he added.

Mr Koomson also observed that as a trade union, the GFL had the responsibility to protect the security of workers and the society in general.

Mr Koomson said the GFL was monitoring the registration process and would take appropriate action when there was a need.

The registration exercise started in 2006 when the NIA Act, 2006 (Act 707) was passed. The Act was replaced with the NIA Act, 2008 (Act750) and subsequently operationalised by the National Identification Register Regulations 2012 (LI 2111).

The exercise began with the registration of persons in key institutions in the country.

However, the Minority in Parliament, IMANI Africa and other civil society organisations (CSOs), as well as some distinguished individuals have raised concerns about the exclusion of the voter’s ID card as a valid document for registration