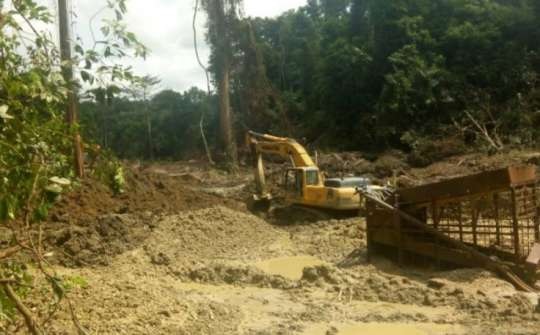 The coalition has consequently written to the Attorney-General (A-G) to declare its intention to file the legal action.

Section 10 of Act 555 stipulates that anyone who intends to file a civil action against the State must serve the A-G “a written notice of that intention at least 30 days before the commencement of the action”.

The intention to commence the legal action was sent to the A-G by the lawyer for the coalition, Mr Martin Kpebu.

The coalition is made up of A Rocha Ghana, Flower Ghana, Serwah Awula and Oteng Adjei.

Why the legal action

In its letter of intention, the coalition argued that there was no need for the government to allow mining activities in the Atewa Forest because Kyebi, where the forest was located, had only 17.78 per cent of the country’s total bauxite deposit.

“Over 82 per cent of Ghana’s bauxite can be mined without compromising the existence of the Atewa Forest range,” it said.

It is also the case of the coalition that the Atewa Forest range is a major source of water for many areas in the Eastern and Greater Accra regions. It further argued that any mining activity would destroy the forest, a situation which would negatively affect the country.

“The obvious results from these activities include loss of biodiversity, loss of access to water, build-up of greenhouse gases, loss of emission reduction and change in tourism potential of the area,” it added.

When it finally files its suit, the group intends to seek certain reliefs from the court.

This includes a declaration that the right to life and dignity as enshrined in the Constitution of Ghana (1992) must include the right to a clean and healthy environment and the right to have the environment protected for the benefit of present and future generations.

The group also intends to seek a declaration that the mining of bauxite in the Atewa Forest Range violates the right to life and dignity as enshrined under Articles 13 and 15 of the Constitution of Ghana (1992), as well as an order compelling the government and its agents to take the necessary steps to protect the Atewa Forest in accordance with its constitutional obligations as contained under Article 36(9) of the Constitution (1992).

In addition, the group also intends to seek an order restraining the government, its assigns and agents, servants, workmen, allottees and guarantees whatsoever and howsoever described from undertaking mining and its related activities in the Atewa Forest.