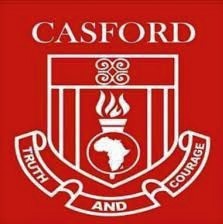 The 2009 alumni of the Casely Hayford (Casford) Hall of the University of Cape Coast (UCC) has handed over the renovated square garden of the hall known as Aluta Square to the management of Casford.

The Aluta Square, which is regarded as the “Madison Square Gardens’ of Casford, is the central point for interactions in the hall.

It is a symbolic place where “Casfordians” meet regularly to bond and interact.

The Aluta Square project was undertaken by the 2009 alumni as part of projects lined up for their 10th anniversary celebration.

At the ceremony, the Hall Master of Casford, Dr Hubert Danquah Nyarko, said the Aluta Square was where most of the social gatherings took place and a symbol of unity for the hall, saying the 2009 alumni, seeing its significance, partnered the hall council to give it a facelift.

He said the hall council and Junior Common Room Committee (JCRC) had embarked on several projects as part of their mandate to provide a secure and safe environment favourable for education.

Among these projects, he said, were painting of the hall, construction of a hybrid library and renovation of the canteen space, adding that it was the vision of the hall council to continue providing an enabling environment for education and development.

"We, therefore, admonish all students to play their role in making this vision a reality," he stated.

Dr Nyarko appealed to the other year groups and corporate bodies to support the final phase of the library project being embarked on by the JCRC and the hall council.

Dr Nyarko said it was regrettable that the deviant behaviour displayed by few students of the hall tarnished the hall's image and compromised security on campus, adding that the hall management and the JCRC would regularly invite alumni groups to orientation programmes to serve as positive role models and mentors and more importantly create networking and job opportunities for the students.

The Chairman of the 2009 alumni, Terrance Yaw Awagah, for his part said the year group entered the hall at a time when the hall was facing a lot of difficulties and was in a poor state, including shortage of water, power crises, dilapidated places of convenience and a stench at the entrance that spread all the way to “zongo”.

He said they were happy to come back and do something for the great hall during their 10th anniversary, acknowledging the Local Organising Committee Chairman, Lord Appiah-Kubi; the 1st Vice Chair, Wilson Seyram Ameamu, and 2nd Vice Chair, Solomon Paa Kwesi Efum, for their dedication, hard work and contribution throughout the entire project.

He pleaded with the Casford fraternity and all Casford alumni to support with other projects.