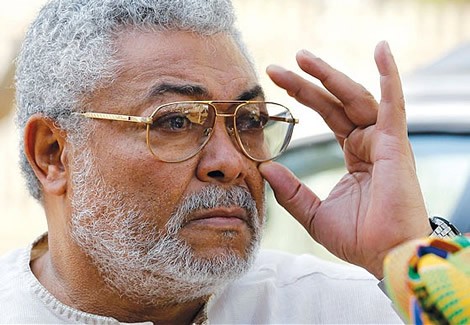 The Bureau of Internal Affairs (BIA), a centre for intelligence gathering, has described the attack on Former President Jerry John Rawlings for the defeat of the National Democratic Congress (NDC) in the 2016 General ELections as hypocritical and a bad post mortem.

The Bureau said the NDC Executives stood unconcerned as gvernment appointees mostly those in their youth heaped insults on the founder and leader of the party, compelling him to spew out the now famous phrase “babies with sharp teeth”.

Mr Godfred Nkrumah, BIA Coordinating Director said in a statement issued in Accra on Friday and copied to the Ghana News Agency in Accra, alleged that President Rawlings was also described as “an oldman” who was not fit for the 2016 elections campaign, by some executives of the NDC.

It said the principles and objectives that broughtRawlings into the political arena was probity and accountability, hence his distaste for corruption and rumours of corruption, yet anytime he raised issues of malfeasance he was called names and vilified.

The statement claimed that some people in the party were interested in rubbishing Rawlings than to see him as the Leader of the NDC, compelling the former President to accuse certain personalities in government of instigating the Abacha bribe scandal to bring him into disrepute.

It accused certain personalities in government of devoting resources towards the defeat of Dr Zanetor Rawlings who stood on the ticket of the NDC to win the Klottey Korle Constituency.