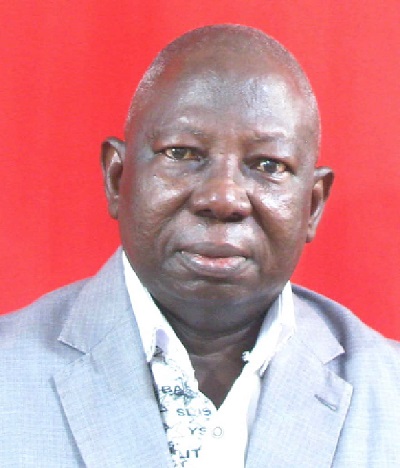 The National President of the past students of the Bolgatanga Senior High School (BIGBOSS) in the Upper East Region (TANGABISS), Mr Apana Adagzinah (I.44), has pledged to rally members to develop the school and improve its academic performance.

He said he would mobilise members to pool resources to support infrastructural development as well as motivate teachers and students to excel academically.

Mr Adagzinah (I.44), who is an Assistant Commissioner of Customs with the Ghana Revenue Authority (GRA), was addressing members virtually after his election.

The team will now steer the affairs of the group for the next three years.

In his acceptance speech, Mr Adagzinah (I.44) expressed appreciation to the members for the confidence reposed in him and pledged to work with them to better the lot of the association, the school and the student body.

He also commended the TANGABISI Electoral Team, headed by Mr Kassim Kaaka (H20), for successfully organising the elections and the former executive for their stewardship.

“To the entire TANGABISI fraternity, I ask for your continuous support for the new executive. Although some of us may have held similar positions previously, the dynamics could differ.”

“I, therefore, solicit your support when we run into difficulties, and constructive criticism, where we are found wanting,” he said.