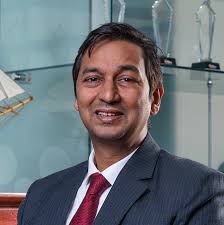 Bharti Airtel’s board has cleared the sale of its Ghana joint venture – Airtel Tigo - to the Ghana government.

It is taking an impairment charge of about $25million for the transaction.

Graphic Online has gathered that the plan for Bharti Airtel's exit has been in the pipeline for sometime now.

“The parties are in advance stages of discussions for conclusion of the commercial agreement for the transfer of AirtelTigo on a going concern basis to the government of Ghana,” Airtel said in a statement to the Bombay Stock Exchange in India on Tuesday evening [October 27, 2020].

The proposed deal would result in the government of Ghana acquiring 100% shares of Airtel Ghana Limited, also known as AirtelTigo, along with all its customers, assets and agreed liabilities.

AirtelTigo is a joint venture between 'Airtel' and 'Millicom' wherein Airtel holds a non-controlling 49.95% share in AirtelTigo.

Airtel had merged its Ghana operations with Millicom in 2017, resulting in the second largest mobile carrier in Ghana.

The merger was approved by the regulator subject to the condition that the Ghana government will have the option to pick up a stake in the new entity in future.

But the joint venture has fallen behind MTN and Vodafone in Ghana.

Airtel has previously said that it will look at consolidation opportunities, including exit, in markets where it is not among the top two players.

According to the quarterly results ending September 30, Airtel said its Ghana operations had a customer base of 5.1 million.

The company has successively been posting losses for the past four quarters and the Ebidta for the quarter fell to Rs 8.8 crore from Rs 9.9 crore in the previous quarter ending June 30.

Total revenue remained stagnant at Rs 118 crore during the quarter and data customers as a percentage of the total customer base also saw a dip to 56.2% during the period from 59.4% in the June quarter.

Bharti Airtel’s Africa operations clocked in a net profit of $88 million for the second quarter this fiscal, down 8.3% on-year, hurt by higher net finance costs.

This was in line with the mandate of the NCA under Section 4.3 of the National Telecommunications Policy, 2005, which states that in the absence of an NCA determination of different standard in a specific case, SMP will be determined to exist for an organisation providing telecommunications services that controls at least 40% of a relevant market segment.

The NCA said its latest statistics received from the industry as of Friday, June 5, 2020, showed a worrying trend amongst Mobile Network Operators (MNOs) in Ghana which demanded immediate action to correct the growing market imbalance and creation of a near monopoly in the telecoms sector.

The imbalance, the NCA said exposed Ghana to the dictates of the dominant operator, militates against effective competition and impacts negatively upon investment in the sector.