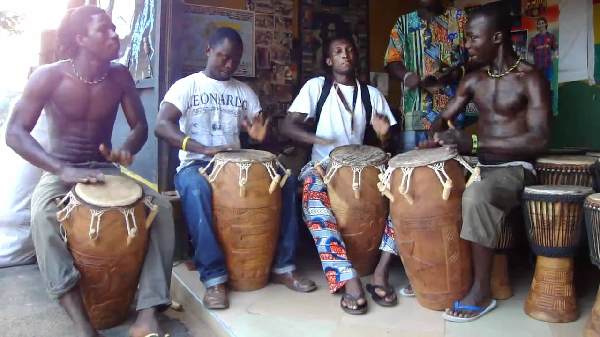 The Ga Traditional Council (GTC) has imposed a one-month ban on all forms of noise making beginning May 13 to June 13, 2019

ban is in accordance with traditional rights that precede the celebration of the Homowo festival by the Ga-Adangme people.

At a press conference held at the Kaneshie Palace of the Ga Mantse in Accra today, the Acting President of the Ga Traditional Council, Nii Dodoo Nsaki II, who is also the Otublohum Mantse, also announced guidelines for the observation of the ban on noise making.

He stressed that within the period of the ban, all forms of worship ought to be confined to church and mosque premises, adding that noise-making including hand clapping would not be countenanced.

Nii Nsaki added that the use of noisy musical instruments would not be allowed during the period.

"Roadside evangelists should avoid the use of noise-making equipment while the positioning of loudspeakers outside the premises of churches and mosques is hereby banned during the period," he stressed.

He also stressed that funeral service had also been banned during the period of the ban.

Nii Nsaki also announced that a task force had been formed by the traditional council to collaborate with the Accra Metropolitan Assembly (AMA) and the police to enforce the guidelines during the period of the ban.

He called on the Christian Council of Ghana (CCG) and other Christian groups as well as the leadership of the Islamic community to restrain their members from acting in a manner that would flout the ban on noise making.

"The general Christian and Islamic communities, as well as traditional authorities, must show respect to one another and restrain their followers from making derogatory statements about the beliefs and practices of one another religion in the interest of peaceful co-existence," he said.

He urged members of the public to bear with the traditional council within the period of the ban.

Nii Nsaki said the traditional council would use the period of the ban to commune with the gods and intercede for the country.