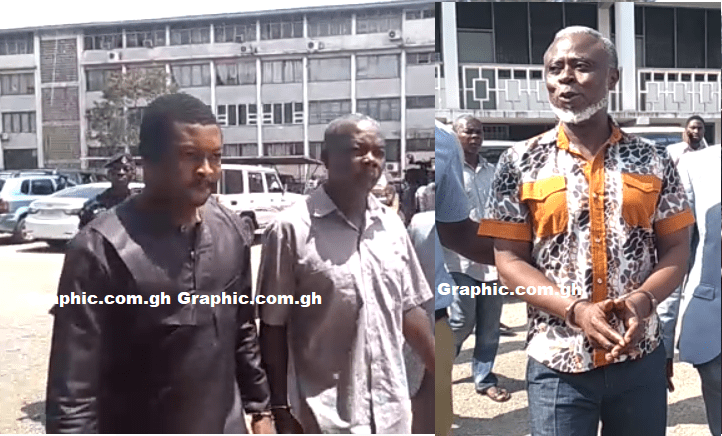 The High Court in Accra will today rule on whether to admit into evidence the videos and audios that supposedly capture the alleged activities of 10 persons accused of plotting to overthrow the government.

The three-member panel of the court, presided over by Justice Afia Serwaa Asare Botwe, is expected to deliver its ruling after both the defence counsel and the prosecution had closed their arguments on the admissibility of the exhibits.

The presiding judge said because precedents of treason trial were not many, the panel needed to make sure it was charting a good cause for the bench.

Other members of the panel are Justices Hafsa Amaliba and Stephen Oppong.

The videos and audios, which form part of the testimony of the third prosecution witness, have already been played in open court.

Counsels for the accused had opposed the admission of the exhibits, arguing that the recordings on the pen drive were dated 2013, although the prosecution had charged the accused persons for crimes supposedly committed in 2018 and 2019.

Mr E.A. Avordoagbor, for instance, prayed the court to reject the videos, saying they were not relevant to the case, while Mr Victor Kwadzoga Adawudu argued that the secret recordings violated the fundamental human rights of the accused persons.

Mr Anthony Lartey said the video was not authentic and must not be admitted to evidence.

“These videos and audios are not original because they are not the unedited or raw footage of what was allegedly recorded at the meetings.

“The prosecution is under a duty and the court is entitled to examine the unedited and unmanipulated videos and audios. I humbly pray that these videos and audios be rejected in the interest of justice,” he said, while Mr Bede Tugu prayed the court to reject the videos, arguing that the video was not coming from the proper custody because the witness only recorded the video and handed it to his superiors.

“He only recorded and sent it to the first prosecution witness, Colonel Isaac Amponsah, and he edited it. He would have been the proper person to tender this in and not the current witness,” Mr Tugu said.

The Director of Public Prosecutions (DPP), Mrs Yvonne Attakora-Obuobisa, urged the court to admit the exhibits in evidence, arguing that the recordings were of extreme importance to the determination of the case.

“Excluding this recording will jeopardise the understanding of all the issues raised in the case,” she said.

Speaking to the time and date stamped on the videos, the DPP said 2013 was the original date of when the recording device was first used.

“The fact that this date was not changed strengthens the case of the prosecution that the tape has not been doctored. We wish to say that just on the basis of relevance, it must be admitted,” she argued.

The 10 are in court for allegedly taking part in the activities of Take Action Ghana (TAG), a non-governmental organisation, accused by the prosecution of planning to destabilise the country and take over the government.