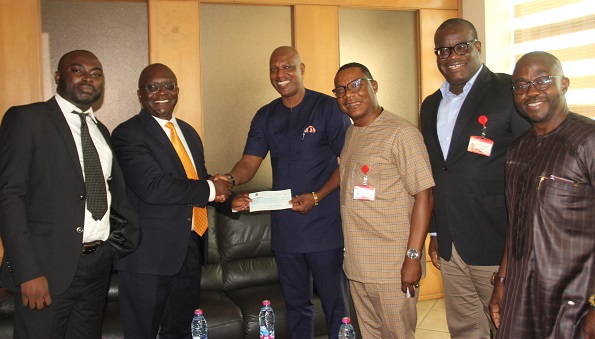 Adehyeman Savings and Loans Limited has donated GH¢15,000 to the Graphic Communications Group Limited (GCGL) to support the company as it celebrates its 70th anniversary.

The GCGL, which published its first edition of the Daily Graphic on October 2, 1950, will climax the anniversary celebrations in October this year.

An executive team from Adehyeman, led by the Managing Director, Mr Joe Emmim, presented the cheque for the amount when it paid a visit to the GCGL Head Office on Monday, March 2, this year.

The donation is the first to be received by the GCGL towards its 70th anniversary, which has a number of activities lined up from now until the end of the year. 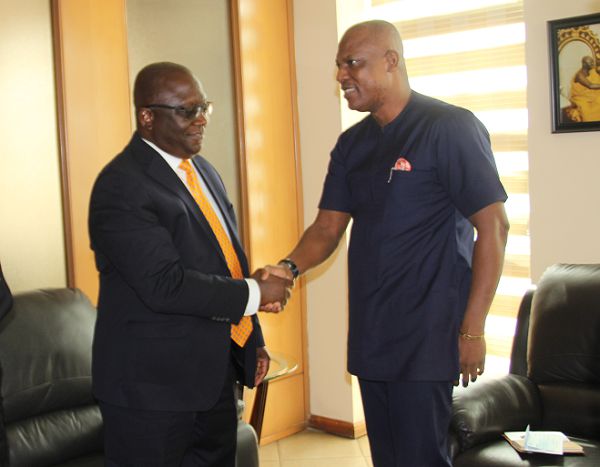 Mr Emmim, speaking on behalf of his company, explained that the visit was to bring good tidings to GCGL which he described as a friend of Adehyeman Savings and Loans, as it was about to celebrate its 70th anniversary.

He said the visit was also to officially congratulate the GCGL adding: “The GCGL has done well over the years and I hope that you will take it to the next level as you attain this milestone this year. Seventy years of providing the nation with authoritative and authentic news stories means true excellence.”

Mr Ato Afful, who spoke on behalf of the GCGL, showed appreciation to Adehyeman for its kind gesture and assured the company that the token would be used judiciously.

"We believe that with a partnership such as the one between the GCGL and Adehyeman, we stand to do much better for ourselves and also for the wider industries that we represent," he said.

"We are dominant players and when we do what we have to do properly across news gathering and advertising and across even the commercial space, we will do much better,” he added.

Mr Afful said the two companies were currently discussing ways to complement each other, given that there were some constraints with regard to advertising.

"We complement each other. You don't have to stop advertising completely because of constraints, we can work something out,” he stated.

The other executive from Adehyeman was the Head of Operations, Mr Eric Antwi.