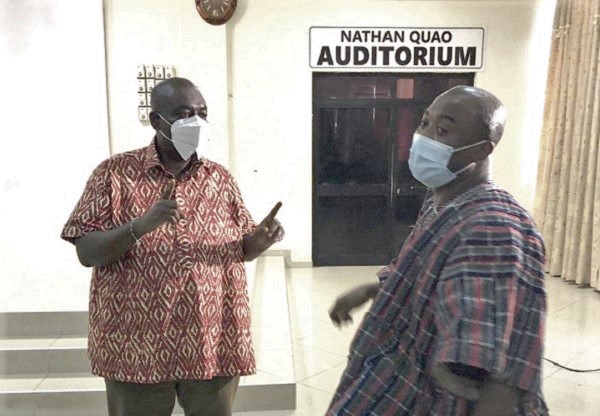 Thirteen public sector unions have threatened to embark on an industrial action following what they describe as low past credits being paid by the Social Security and National Investment Trust (SSNIT) to pensioners.

Under the umbrella body of the forum for public sector registered pension schemes, the group accused SSNIT of short-changing retirees by not paying the right past credit due them.

At a press conference yesterday, the group said the past credit that appeared on the statements of pensioners was higher than what SSNIT had paid to beneficiaries.

“There is evidence that the past credit that appeared on the beneficiary statements in October/November 2019 was higher than the amount that was paid to retirees in 2020. Thus, besides the meagre or paltry past credits paid, SSNIT has not found it necessary to explain such a discrepancy.

“Within two weeks if a proper and acceptable basis for the payment of past credits is not arrived at, the forum will have no option but ask its members to embark on an industrial action,” the Chairman of the forum, Mr Isaac Bampoe Addo, said.

Following the passage of the National Pensions Act, 2008 (Act 766), which took effect in 2010, a three-tier pension scheme was introduced.

The first and the second tiers are mandatory, while the third is voluntary.

Under Act 766, SSNIT manages the first tier, under which it pays a monthly pension to beneficiaries.

The second tier is managed by occupational pension schemes, which pay a lump sum to beneficiaries, while the third tier, which is voluntary, is a privately managed provident fund or pension scheme.

Prior to Act 766, SSNIT was managing a one-off pension scheme in which it pays monthly pension, as well as a lump sum, to beneficiaries.

With the coming into force of Act 766, the occupational pension schemes are supposed to be managed for lump sum payments.

However, because some contributors had already made contributions to SSNIT for lump sums before Act 776 came into force in 2010, those who went on retirement from 2010 to 2019 got their lump sums from SSNIT, as pertained to the old pension regime, while the rest had their lump sums converted into past credits.

Under Section 94(1)(d) of Act 766, those past credits should be paid to contributors based on a formula determined by a pension implementation committee, which is based on actuarial assessment.

Mr Bampoe, who is the Executive Secretary of CLOGSAG, said with the coming into force of Act 766, SSNIT was expected to transfer the past credits to the managers of the tier-two scheme, but SSNIT had failed to do so.

He further accused SSNIT of paying what he described as “noko fio” (meagre) past credit to retirees who went for their benefits this year.

The payment, he said, was not in line with directives issued by the National Pensions Regulatory Authority (NPRA).

“Interestingly, SSNIT is paying past credits that are part of tier-two funds, without approval from NPRA. Non-compliance with this directive from NPRA by SSNIT is being looked on without any sanctions,” he said.

Writer’s email
This email address is being protected from spambots. You need JavaScript enabled to view it.