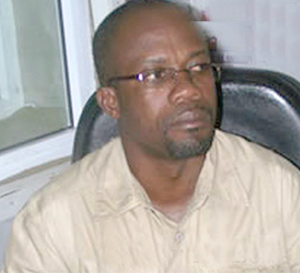 He said seeking assurance letters from offices and organisations did not augur well for national service posting, adding that the NSS was responsible for postings without any influence from organisations or service persons.

Mr Kuabgenu gave the warning at an orientation workshop organised by the Ashanti Regional Office of the NSS for final year students of the Kwame Nkrumah University of Science and Technology (KNUST) in Kumasi and advised the students to respect their places of postings and serve the nation honestly and obediently.

The national service online posting for the 2013/2014 service year is expected to be released in September this year and service persons will be deployed mostly to teach in deprived and remote areas of the country.

In line with that, others are also expected to be deployed to help direct traffic in urban centres in the scheme’s effort to help the police reduce road accidents, as part of activities marking the 40th anniversary celebration of the NSS.


The Chairman of the National Media Commission (NMC), Ambassador Kabral Blay-Amihere, who spoke on “The Relevance of National Service” stressed that the period of national service prepared service persons for their career.

He observed that the service period made life meaningful to service persons after serving their nation in different parts of the country.

He mentioned that some great personalities such as Dr Kwame Nkrumah and Nelson Mandela served their nations in that respect and that made them great leaders.

Ambassador Blay-Amihere, who completed his national service as a teacher at Hwidiem in the Brong Ahafo Region in the 1980s,  called on all final year students who will be enrolling on the scheme this year to eschew all forms of negative acts and use the period to serve the nation.

The Asante Akyem Central Municipal Director of the NSS, Mr John Sam, took the students through the online registration of national service and urged them to check their postings online when the time was due.