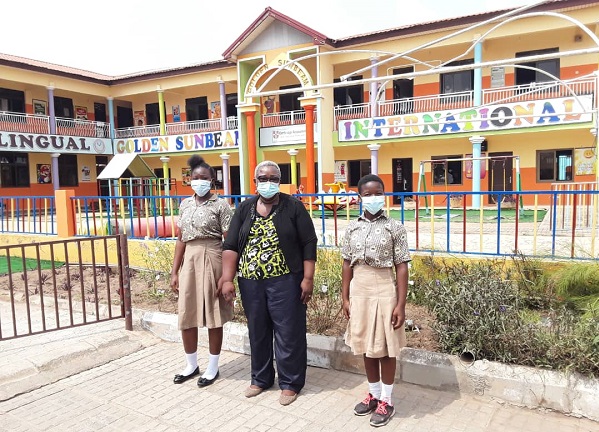 The management of Golden Sunbeam International College of Science and Technology has described as unfair, discriminatory and anti-business the decision of the National Schools Inspectorate Authority (NaSIA) to exclude it from a list of schools licensed to run the Cambridge Assessment International Education (CAIE) curriculum for the 2021/2022 academic year.

The school in a statement signed by its Board Chairman, Mr Emmanuel Ohene Opare Senior said following the arbitrary increase of license fees imposed on private schools, the Private Schools Association of Ghana petitioned the Education Minister who advised all the stakeholders to exercise restraint until a final resolution.

The statement also expressed surprise that with ongoing negotiations, the NaSIA without any alert to stakeholders issued a report on international schools licensed to offer Cambridge and IB programs.

The management of the school is therefore demanding that NASIA retracts the publication and issues an unqualified apology to Golden Sunbeam and other affected schools for causing them reputational damage.

"In 2020, when schools had been shut down and going through financial crises, NaSIA without broad consultation with stakeholders, unilaterally imposed a new licensing fee from GHS200 hitherto charged by the GES per department to GHS2,500 per department per annum amounting to over GHC 10000 per school, an astronomical increase of over 1150%," the statement said.

"This phenomenal increase was deemed by Members of (ASICS) the international private school association, to be unfair, discriminatory and anti-business. Subsequently, the matter was brought to the attention of the Minister of Education by the Association who advised all the stakeholders to exercise restraint until a final resolution.

"Consequently, NaSIA extended the payment of the license fees till December 2021. On October 14, while the matter is still pending with ongoing negotiations, NaSIA, without any alert to Members unilaterally issues a damning reputational report on international schools offering Cambridge and IB programs and citing Golden Sunbeam and others in the publication which has gone viral, causing fear, panic and undue anxiety to parents, students and teachers alike".

The statement further urged the Ministry of Education to speedily resolve the matter which it claims results from an effort to meet the funding needs of NaSIA.

"We are aware of the funding needs of NaSIA but we think the approach being adopted by the current Head is unsustainable and could derail the efforts of Private Investors in our educational sector and create the unfortunate perception that the Government is against private international schools," the statement said.

"In March 2021 in spite of the disagreements, Golden Sunbeam went ahead and paid NaSIA an amount of GHC 10,500 for 4 departments pending the resolution of the case, out of goodwill and respect for the laws of Ghana.

"It is therefore not right and unfair for NaSIA to cite Golden Sunbeam as an example in her publication and thus ruining Golden Sunbeam's hard-earned reputation.

"We wish to urge the Minister of education to speedily resolve, as a matter of urgency this licensing fee issue to bring finality to this matter and peace in the private international educational front so that we can continue our core business in peace".