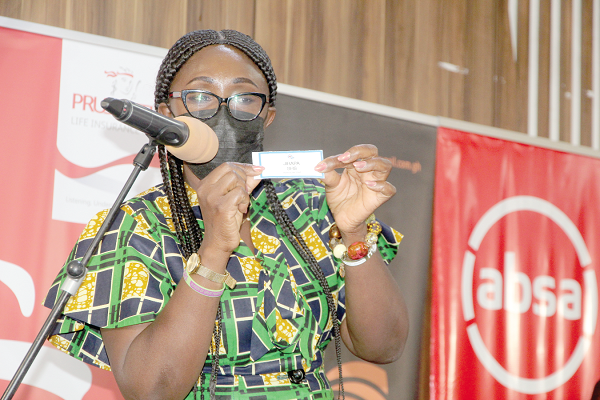 For the first time since its inception in 1993, the finals of the National Maths and Science Quiz (NSMQ) will be hosted outside the national capital.

The National Championship, which brings together the best brains of the country’s second cycle institutions to exhibit their intellectual prowess in Science and Mathematics, and has since been hosted in Accra, will be hosted this year in Kumasi in the Ashanti Region, regarded as one of the NSMQ powerhouses with six trophies, making it the second highest, after the Greater Accra Region.

In the early years of the NSMQ, the competition was held on the KNUST campus for the northern sector.

However, with the change to a single, nationwide competition in 1998, the national championship has since been produced in Accra.

The move, according to the organisers of the competition, formed part of efforts to give the NSMQ a national fleet and also bring it closer to its fans, one region at a time.

The Kwame Nkrumah University of Science and Technology (KNUST) campus will be the battleground for the contest, which begins with the preliminary stage on October 26 until November 5, 2021 when at the grand finale, a determination will be made on which senior high school (SHS) will clinch the coveted trophy and take over the bragging rights as champions of the competition from the defending champions, Presbyterian Boys’ Senior High School (PRESEC), Legon.

The balloting for the preliminary stage was conducted at the launch in Accra today (October 19).

The preliminary stage will take place in eight regions and zones.

The remaining zones are Greater Accra, Central, Eastern and the Ashanti regions.

The Holy Trinity Cathedral SHS, Tema Methodist SHS and Chemu Senior High School which had 41, 46 and 57 points respectively from the regional qualifiers, will kick-start the competition on October 26 this year.

The finals, which will take place at the KNUST campus, is slated for November 4 and November 5 respectively

The Managing Director of Primetime Limited, Mrs Nana Akua Ankomah-Asare, in her remarks, explained that this time around, instead of having only the 108 schools that won various contests in the regional qualifiers in the regional and zonal groupings, an additional 11 schools, which were top runners-up in their respective regions or zones would join the 108 qualifiers to make up the requisite number of 119 schools needed to compete in the 39 preliminary stage contests within the various regions/zones.

She also said for the first time this year, her outfit was able to successfully organise regional and zonal championships in all eight NSMQ regions and zones.

Mrs Ankomah-Asare commended the contestants for the respective feats achieved so far adding: “We know you have been working very hard towards your participation in the NSMQ and that you have what it takes to excel at this competition”.

The defending champions of the National Science & Maths Quiz (NSMQ), Presbyterian Boys’ Senior High School, Legon has vowed to maintain the coveted trophy despite a change in the venue.

With the KNUST being the new host of the competition, the Quiz Team Coordinator, Mr Dzidefo Afram, in an interview with the Daily Graphic after the launch of this year’s edition, said his team would not only maintain its position at the top but would deliver an exciting performance.

The Deputy Minister of Education in charge of Technical and Vocational Education and Training (TVET), Ms Gifty Twum-Ampofo, who launched the NSMQ, commended the organisers of the quiz for sustaining the contest.

She said “the competition fits into the government’s national effort of promoting STEM education and increasing the proportion of candidates to study STEM and progress to the highest level of the education ladder”.

For his part, the Deputy Director-General of the Ghana Education Service (GES), Dr Kwabena Bempah Tandoh, urged parents, teachers, old students and the general public to galvanise support for their schools.