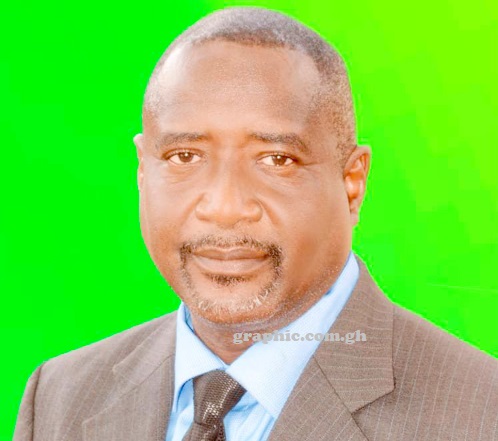 An old student of Ofori Panin Senior High School (OPASS), Mr Ernest Antwi Gyimah, has been appointed as the new headmaster of the school, with effect from December 2020.

He takes over from Mr John Kofi Beantey Jnr, who has reached the compulsory retirement age of 60.

Mr Antwi-Gyimah, who makes history as the first old student of OPASS to head the school, until his appointment, was the Assistant Headmaster in charge of Administration of Prempeh College in Kumasi.

The new appointment also places him on the path of history as he would be charting a similar course as his late father, Mr George Antwi Gyimah, who spent over a decade as the headmaster at OPASS, after a teaching stint at Prempeh College.

Welcoming him to the new role, the Chairman of the school board of OPASS, Mr Charles Arthur, said the board looked forward to a partnership that would further improve upon the teaching and learning at the school.

Mr Arthur, himself an old student, said it was significant that Mr Antwi Gyimah was taking over as the head of the school as it prepared to celebrate its 60th anniversary.

“As an old student, you have knowledge of the school and from your experienced background, you are equipped to bring dynamism in the school’s administration.

“We look forward to a working relationship that would inure to the benefit of the school,” Mr Arthur said.

Mr Antwi Gyimah holds an MA in Human Rights Education as well as a Bachelor of Education in English from the University of Education, Winneba.

He had his teacher’s training from the Wesley Training College after his Ordinary Level at OPASS and Advanced Level at Prempeh College.

His teaching career has seen him handle classes at different levels and at different schools including the Kukurantumi L/A JHS, CRIG JHS, SDA SHS in Ashanti Agona.

He also taught at Kumasi High School in 2001 and then Prempeh College in 2010.

At Prempeh College, aside from teaching, he was a form master, a housemaster, a senior housemaster and an assistant headmaster.

A staunch Methodist, he is a class leader at Emmanuel Society of the Methodist Church Ghana, Oduom.