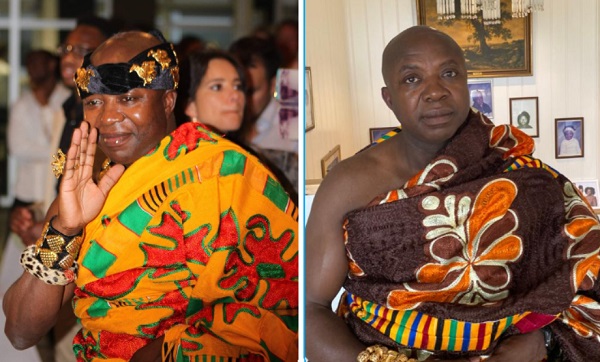 A national non-profit organisation registered in Norway, in northern Europe, Asanteman Norway is ready to run Akan (Twi) course for its members and the general public as well.

The course is mainly for members of the organisation and their children but it is also open to the general public, to attract anyone who is interested in learning how to speak, read and write Akan (Asante Twi) language.

The Akan online course is expected to strengthen the cultural agenda of the organisation.

Registration for the course is ongoing and the class is set to begin possibly, a few weeks after New Year.

To be able to register for the course, registered Members are expected to pay a fee of 50 Norwegian Kroner (NOK) per week and while non-members are to pay 100 NOK weekly; those who are recommended by members get a reduction by paying 75 NOK for a week.

Board Leader (Styre Leder), Kofi Amankwah, says the Twi course is in conformity with the aim and objectives of forming the Asanteman Norway and also in line with its Constitution.

He explains that the course is one of the numerous projects of Asanteman Norway which is being piloted for a year in a short-term plan and could be extended to become an Online School in a long-term plan.

Nana Kota Ntiamoah, who is Asanteman Norwayhene and Nkosuohebe of Otumfuo Brempon, Sabin Akrofuomhene; adds his voice that the class is open to everybody around the world who wants to learn and relearn Akan language in a modern information technology way.

He says even though the class is open to everyone in the public, it is specifically targeting children born to Akan parents from Ghana who are residents in Norway so as for them to master their Mother Tongue.

"We as Asanteman Norway would like to inculcate our culture in our children and new generations. And once language is the foundation of understanding culture, we need to help our children and young people to learn their Mother Tongue before expanding their knowledge on Akan/Asante culture," he states.

He emphasises that: "when children have foundation in learning their Mother Tongue, it somehow makes it easier for them to learn other languages of their choice, especially foreign languages.

He calls on all to enrol on this language course to improve cultural literacy, adding that Asanteman Norway in a long-term plan will also be collaborating with other immigrant-based organisations to add Ga, Ewe, Dagbani, and other Ghanaian languages to the Akan class.

Nana Yaa Apea Ogyama Sikani, Asanteman Norwayhemaa is of the view that children born to Akan parents in Norway who are able to learn their Mother Tongue would be able to at least identify their family roots.