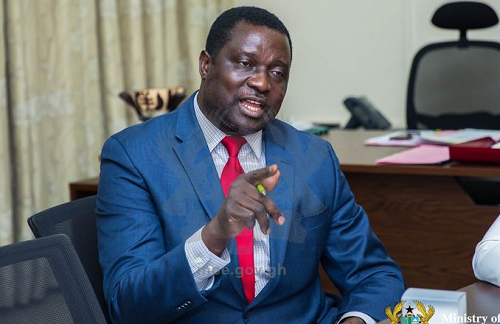 The Ghana National Education Coalition Campaign (GNECC) has called on the government to, as a matter of urgency, address the current challenges facing the education system.

In addition, it called on the president to honour his commitment during the Transforming Education Summit in the UN that 23 per cent of the National Budget would be allocated to education and coalition was reminding remind him of that commitment.

“The government’s 12.9 per cent budgetary allocation to the education sector in the 2023 national budget although indicates an increase as compared to last year’s allocation, still falls below the target Ghana has set for itself in 2021 during the Global Education Summit held in the United Kingdom where the president pledged to spend at least 23 per cent of the national budget on education over the medium term from 2021 to 2025,” GNECC said in a statement on the occasion to mark International Day of Education.

The fifth International Day of Education was on the theme: “To invest in people, prioritise education”.

The UN General Assembly proclaimed January 24 as International Day of Education in recognition of the role of education in ensuring peace and development.

Globally, 244 million children and youth are out of school, while 771 million adults are non-literate.

GNECC also called on the government and other key stakeholders to prioritise the provision of adequate resources for basic schools and inclusive education.

“Basic education experienced about a 40 per cent decline in budget allocation in 2023 as compared to 2022. The majority of public schools in Ghana still do not have access to textbooks to support teaching and learning in the classroom. According to an independent civil society organisation audit conducted by GNECC on school infrastructure in 2021, about 80 per cent of basic schools' infrastructure is in a very poor state while most classrooms are overcrowded.

“Some schoolchildren sit on the bare floor to learn due to the absence or inadequacy of school furniture. GNECC is calling on the government to redirect some of the resources to the senior high schools such as the intended distribution of free tablets to students at the SHS level to strengthen basic education,” it said.

Strengthening basic education, it said, would provide SHSs with students with quality learning outcomes from that level.

It also charged the government to engage all key stakeholders to review the SHS policy implementation.