Once upon a riddle: When an atheist finds God through riddle 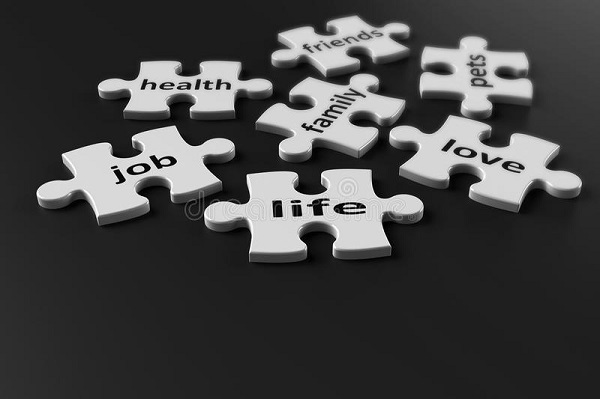 On Saturday, December 10, 2022, we told one of the most beautiful stories on stage at the National Theatre. Though almost marred by over two hours of blackout at the venue in the middle of the show, the timely story of ‘Once Upon A Riddle’ was told in all its elegance. It was a message about life, death, fame, money and many other hurdles we are faced with in this current dispensation.

For most modern Ghanaian stage plays being majorly comedy, ‘Once Upon A Riddle’ stands out because it is not your usual comic story. The original musical is themed on the uncomfortable topic of death and how it makes life essential. If you had just six months to live, what would you change about your life? What if answering a riddle could give you an extra life?

Max Bee, a Ghanaian superstar, is diagnosed with terminal lung cancer on his 35th birthday. To a man who believes money can buy everything, it comes to him as the biggest shock of his life when his money cannot buy him more time on earth. He meets a mysterious figure in a cemetery who knows more about him than he had ever imagined. This character promises to give him extra life under only one condition ─ he needs to correctly answer a riddle.

Knowing that one’s death is imminent can make them anxious indeed. The anxiety must surely heighten when they realise a riddle can turn their fortunes around. The musical takes Max Bee on a rollercoaster of pain and joy as he tries all he can to answer this riddle for an extra life.

In a time when most people are asking more questions than before, it doesn’t come as a surprise that Max Bee who started in church as an avowed instrumentalist ends up not only as a secular artiste but one who doubts the existence of God. Even though he is married to a gospel musician, he refuses to share in her faith.

Of a truth, many people today wonder if God is a figment of imagination. They indeed have a lot of evidence that proves this thought. There is too much chaos in a world that a supposed God created. They wonder if a just God could actually superintend over a world where some will always be poor and others, always rich.

Max Bee was a church boy. With a big dream of wanting to pursue music as a career, he failed at all attempts despite his commitment to God and his duties in church. He sold his family house to support his career yet failed. His wife sold her bakery business and it seemed that was still not enough. He struggles as an ‘underground artiste’ until he meets his manager who turns his life around.

Like Max Bee, many have today given up on God because it looks like God has given up on them. Despite the many times they have fasted and prayed, their lot has not been bettered in any way. They work hard daily. If they succeed eventually, who takes the credit? God? Where was He in the days of their suffering?

Cancer is one of the least discussed topics because of the uncomfortable memories it evokes. No one knows their death day but having terminal cancer, at least, gives one an idea of their death day. It makes them live each day with death on their mind.

After his diagnosis, Max Bee, a habitual smoker, realises he has brought his calamity upon himself. And this brings us to the conversation of our lifestyles inviting diseases that we may spend the rest of our lives battling. Unfortunately for Max Bee, his terminal cancer walks into his life just about only two years after coming into the limelight.

If we are not careful of our lifestyles, they may cut our life short after all our hard work. Our bodies are the only vehicles we can use to travel this journey of life. We must do all we can to take care of it well. Long life with bad health is worse than a short life with good health. We must all be intentional about living a healthy lifestyle that will, at least, grant us good health.

Max Bee is confronted with a hurdle bigger than his terminal cancer. He needs to answer a riddle posed to him by a mysterious character in a cemetery who prefers to refer to himself as TODAY. Today, who first appears as a feeble mad man, eventually overpowers the superstar with his wits and magical powers. He is a deity sort of trapped in a body of a mentally deranged person.

At this point, Max Bee will go to any length to answer this riddle. However, answering the riddle is one of the few things on his mind. He needs to learn to respect Today and even refer to him as “Daddy” to convince the deity to help him.

Max Bee had been blessed. He was a definition of a successful musician. He had won a Grammy and all the women were at his beck and call. He bought luxurious cars and spent the rest on alcohol and women. He was rich!

He tries to bribe his way through to get Today to overlook his wrong answers to the riddle. He brings him a bag of money. Today laughs off and reminds him there are people buried in the cemetery who had ever had more money than he has yet are not alive because money cannot buy life.

Money is great. It can buy one a good life but not an extra life. It can solve a lot of problems but not all problems. Before we kill others because of money, we should be able to consider what money can buy and what it cannot. Life is free because it is too expensive to be bought by money. Always remember that.

Gradually, Max Bee’s attention is drawn to the gift of life he had always taken for granted. He had lived life chasing so much after money that he forgot to be grateful for the life he had. Yes, God may not have been there for him when things were tough but He surely gave him the life he had, to begin with.

Of all the achievements we may have in this life, life is the beginning point. Without life, there are no certificates. When we have no life, awards mean nothing. No matter how hard we work, life is the first thing we need. And… this is how the man who doubted the existence of God was brought to the feet of God.