Not just another interest 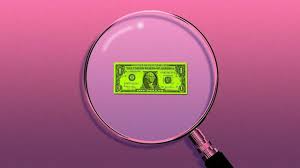 My interest is gradually shifting away from the dominant COVID-19 stories (the economic, health and social fallout from the pandemic), to the bullish stories about the global economic rebound.

Of course, with an eye also on the success stories about the vaccination drive, and the broader impact of the huge health intervention due to the deployment of vaccines, on social and economic activities.
Now, this is where my “interest” took me! Did you know that just 69 days from now, LIBOR, known as the London Interbank Offered Rate will end?

LIBOR, primarily, is the principal benchmark used to set interest rates for a vast number of commercial loans, mortgages, securities, derivatives, and other products, regulated by the UK’s Financial Conduct Authority (FCA), and administered by ICE Benchmark Administration (IBA). If you are an ardent reader of this column you would have come across LIBOR here in the past.

Earlier this year, these two bodies (FCA and IBA) took steps to ensure that by the end of the year LIBOR would be no more. The “transitional arrangements”, especially regarding existing U.S dollar LIBOR tenors, are such that existing contracts will be allowed to mature according to their terms. So while the legacy contracts would be allowed to mature, no new LIBOR contracts are to be written after December 31.

I can relate to this developing market dynamics very well. I remember the LIBOR framework very much, especially during my time in graduate school in the UK in the late 90s.

As a finance and accounting student, l dare not miss lessons that explain the LIBOR concept, and its impact on the financial market, and asset pricing in general. The understanding of LIBOR was crucial to the concepts that were applied in investment, financial analysis and derivatives lessons.

In broad terms, and as captured by many finance experts and market participants, LIBOR was intended to be a measure of the average interest rate at which banks (often denoted by large banks) can borrow in wholesale funding markets for different periods of time, ranging from overnight to one month, three months, and beyond.

LIBOR became a significant reference point, with many mortgages tied to LIBOR in most countries. At one point, for instance, it was estimated that more than US$1 trillion of residential mortgages in the United States was tied to LIBOR. But for many years, especially around mid-July of 2017, there was a groundswell of support for the end to LIBOR- officially. Now, that is 69 days from now.

“Over time, LIBOR’s pervasiveness became self-reinforcing. Lenders, borrowers, and debt issuers relied on LIBOR because, first, everyone else used LIBOR, and second, they could hedge their LIBOR exposures in liquid derivatives markets.

Today, USD LIBOR is used in more than $200 trillion of financial contracts worldwide. Federal Reserve officials have described LIBOR’s flaws on numerous occasions”, Randal K Quarles, Vice Chair for Supervision of the Board of Governors of the Federal Reserve System, stated during an interaction at the Structured Finance Association Conference, Las Vegas, Nevada, on October 5.

In actual fact, reading the speech delivered by Quarles at the October 5 event brought home some of the issues that l raised about LIBOR in the December 19, 2020 edition of this column.

In this referenced edition, l explained why the interest rate market is set for a new direction, and explained some of the suggestions made by experts to forewarn market participants on what was needed for a seamless transition.

“A lot is changing in the world of interest rates. Ah, well, l am sure you may be wondering why l have set out with this bold statement because interest rates do change, anyway.

For sure, it is not the case that interest rates hold constant at all times since it is one of the most dynamic – and fluid – instruments in financial markets. So, hold on a few minutes for me, as l explain my ‘changing world of interest rates in the unfolding paragraphs!” I stressed in the opening paragraph of that edition.

“Today, what is changing in the world of interest rates is about a significant shift in the way international financial markets are going to apply rates moving forward.

And l am referring here to the London Inter-bank Offered Rate, commonly referred to as LIBOR. LIBOR, literally, is the basic rate of interest used in lending between banks on the London interbank market and is also used as a reference for setting the interest rate on other loans.

As an interest-rate average, this globally applied reference rate is calculated using estimates submitted by the leading banks in London, and this becomes an interest rate benchmark used in financial markets.

What is changing, and perhaps for good, is that the LIBOR panels for sterling, yen, Swiss Franc, euro and the less heavily traded dollar tenors will cease at the end of 2021”, l further stated.

Let me now attempt some analysis here, as l am sure you may be wondering why the LIBOR process is finally ending at the end of the year. Well, it all starts with the measure within the framework and the inherent credit risk that had made market participants uncomfortable over time.

This is it: LIBOR is an unsecured rate, which means that it measures interest rates for borrowings that are made without collateral. To this end, records available point to some discomfort about the flaws in the application of LIBOR in some instances.

Quarles sees it this way: The principal problem with LIBOR is that it was not what it purported to be. It claimed to be a measure of the cost of bank funding in the London money markets, but over time it became more of an arbitrary and sometimes self-interested announcement of what banks simply wished to charge for funds.

That might not have become such a debacle had it been clear to everyone what the ground rules were, but the ground rules for LIBOR were anything but clear.
As a result of subsequent changes to the process, LIBOR panel banks now provide evidence of actual transactions where possible.

A fundamental problem, however, is that LIBOR has been unable to separate itself from its perception as a measure of bank funding costs, yet the market on which LIBOR is based—the unsecured, short-term bank funding market—dwindled after the 2008 financial crisis”.

Have you had enough? Okay, this is all there is to it…. interest rates set out the terms for using someone else’s money- literally. What this means is that banks and other financial institutions may not necessarily give you money that they own themselves.