Literary shows lighting up the city 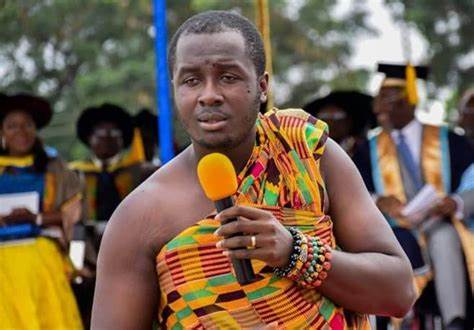 The Adae Kese Hall at the La Palm Royal Beach Hotel came alive as Nana Asaase held a very special edition of his poetry events. Held on the very significant day of 12.12.2022 - his birthday - the presentations by himself and other artistes celebrated the performer who has held audiences spell bound with his artistry in the spoken work, especially as rendered in his mother tongue. But more about that in a moment.

The programme had in attendance poetry lovers, art enthusiasts, academics, socialites, opinion leaders, as well as family and friends. In addition to other presentations, there were heartfelt statements, book readings and good music and songs. Among others, the Ghanaian traditional band, Kwan Pa provided great music.

Meanwhile, about a month ago to the above event, Apiorkor Seyiram Ashong-Abbey, another Ghanaian poet, produced a one-of-a-kind literary extravaganza at the national theatre. Apiorkor, who is also a media practitioner and a cultural activist, regaled patrons to a sizzling edition of her ‘The Matriarch’s Verse’. For those who witnessed it, it was unforgettable.

The event featured poetic and musical performances, as well as presentations by the National Dance ensemble, the National Symphony Orchestra, Achievers and Ehalakasa. There was an exhibition that combined arts and business, to examine and interrogate the economic, social and cultural state of the nation of Ghana.

Finally, about a fortnight ago, Prof. Kofi Anyidoho, the fresh recipient of the prestigious Lifetime Poetry Award accompanied by "The Golden Key of Smederevo" held a poetry and jazz session at the Coltrane club, Adentan for a clientele that was dominated by the high and mighty in society. Awarded to Prof. Anyidoho in far-away Serbia, The Lifetime Poetry Award is a global accolade that has been bestowed on poets some of whom have gone on to win the Nobel Prize for Literature!

Also a cultural activist, Kofi Anyidoho is currently doing part-time teaching at the???? English Department, Legon,???? where he retired as Professor of Literature. At the Adentan event, poetry lovers were mesmerised by the poet laureate’s presentations, some in his native Ewe and patrons simply could not have enough.

Are you catching the trend? Yes! Consistently folks are coming out to patronise literary offerings whether at a private hotel, a national arena or a community. Again, consistently, performers in the field be they young or old, men or women are strutting their stuff to the appreciation of various audiences.

That is where tourism strikes!

When Ehalakasa picked up momentum years ago, it reignited interest in the spoken word, leading to other such events across the city. The movement brought to the fore new and exciting talent some of whom are trudging the global stage authoritatively.

Yes, COVID-19 came and silenced the voices but only for a while. Today, the beat goes on and one hopes more sustainable outcomes would come out of it.

In addition to everything else, these events provide tourism and tourists with enriched events offering breaking the monotony of sight visits.

Now back to Nana Asase, the hero of today’s piece. Last week’s show was not only special because it fell on his birthday, it was also to mark the 10th anniversary of his foray into poetry entrepreneurship full time. The guy earns his living on the “word.” one may ask, “In this Ghana?”

Yes. And this is stressed by the significance of the Nana Asaase show. It was a celebration of the Can-Do spirit. It was to mark a decade of a young Ghanaian poet dedicating himself to the craft and staying true to it. This leap of faith has influenced the likes of Oswald Okaitey who, himself has done very well for himself and the arts.

If Nana Asaase has succeeded thus far, then it requires an examination of the person, his art and his contribution to the Ghanaian literary scene; an exercise that goes beyond this column that others must take up at various fora.

Here, I can only say a few more things about him. Formally known as Philip Boakye Dua Oyinka, Nana Asaase is also a literary coach and a writer. He is also a member of the National Folklore Board. The Nana Asaase name means 'King of the Earth' in the Akan dialect and was conferred on him by his grandmother. He blends English in a way that only he does!

In his 10th year of literary entrepreneurship, he seeks to celebrate Ghanaian culture in a way that provokes the global stage. I am delighted that Nana Asaase’s exploits and those of others are leaving imprints on the tourism landscape of our nation.