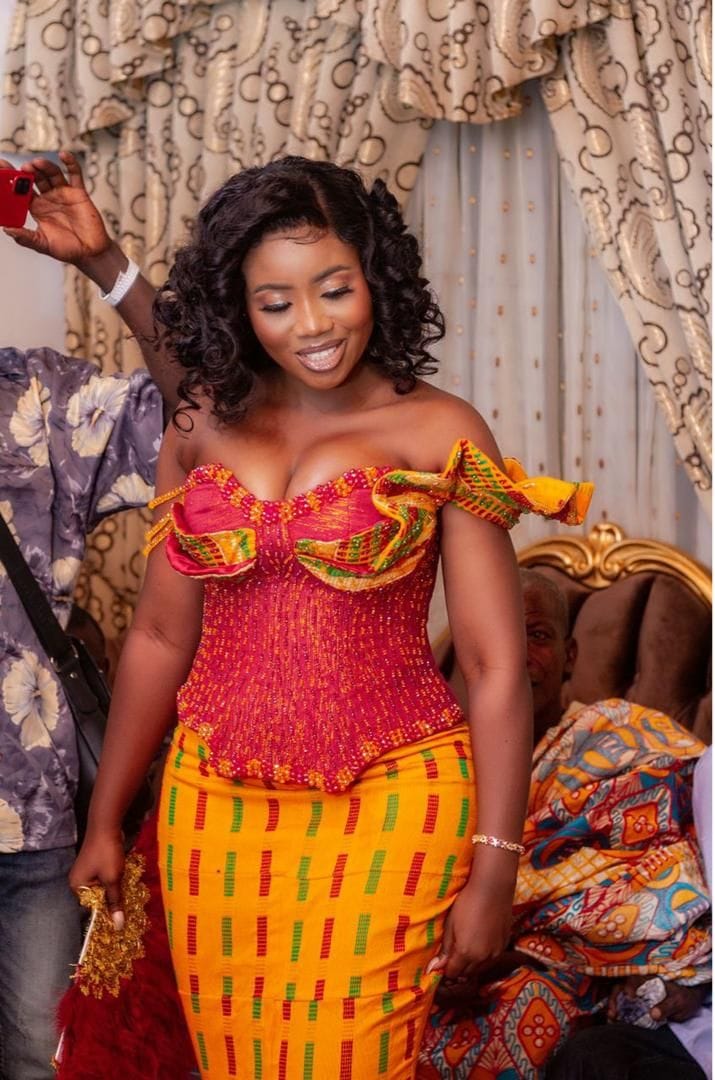 Lately, Most Ghanaian brides use corset gowns or Kaba for their traditional marriage ceremonies Follow @Graphicgh

Attend an event in Ghana today and one common style you are likely to see some women wear is the corset. They come in dresses, Kaba, blouses and in belts worn on garments.

The craze has caught on and is currently almost a must wear for brides during traditional marriage ceremonies.

Corsets, when well-designed, are fashionable and fits most body shapes but behind looking good for pictures and social media hype, are women trading comfort for style?

The idea of corsets gained popularity during the 1500s and 1600s, where French women idealised the image of a small waist. Corsets were worn as under and outer garments to flatten the stomach and emphasise the fullness of the skirts and chest during this period.

It is designed to express messages such as “constriction and freedom”, “dominance and submission”, “feminity and power”.

Although not new to the Ghanaian fashion scene, some fashion enthusiasts believe that the style started trending in 2020 but had a big moment last year. They are designed to cover folds in the midsection, hugging the body in all the right places.

“It is not comfortable, you cannot move freely and it will take a whole community to have it on and help you remove it as well. It is just stress. I wore one on my engagement day and I didn’t enjoy it,” Elorm Engmann, a Communication Specialist said.

Another fashion enthusiast, Elinam Fiagbenya, said she believed “it gives you constipation due to the pushing and tightening. That is why it is the best style for your big day.”

Some of the people who spoke to The Mirror ruled out comfortability, indicating that “it is a style that breathes chaos”.

There were those who said there was a sort of anxiety for wearers as they wondered whether they would be able to eat well or breathe properly.

In addition, some wearers said there was a feeling of tightness in the mid-section of their bodies, causing them to eat very little and questioning if it had some health implications.

But a dietician at The Trust Hospital in Accra, Mr Wise Chukwudi Letsa, said “There are no health implications in that direction.”

Asabea Opare-Appiah is a physiotherapist who told The Mirror that corsets only helped achieved cosmetic results and did not have any “magic power” to mould the muscles.

“There are many exercises that can give you real results so you don’t walk around for hours in corsets. Due to how tight corsets are, it makes breathing difficult for some people.”

A seamstress who gave her name only as Doris said the style was unsuitable for women with toddlers and babies unless they did not accompany them to events.

“It is not a style for baby mamas unless you move around with your partner or a maid who will help you carry out mummy duties. The bone in the dress makes you straight so you are unable to bend. Changing diapers or running around after a child is a difficult task. It is a gentle dress for a soft moment,” she said.

In an interview, the Creative Director of Eliyat, a fashion house at Abelemkpe in Accra, Ms Huda Dodgbe, said the corset dress was best for people who could handle pressure and not those who liked to feel free in their clothes.

“I say this because not everyone is able to handle the pressure corsets give. They are laced very tight and shrink your waist, so basically you are tying yourself and if you don’t have the capacity to handle such stress, you cannot wear a corset. Some people suffer when they wear them and it shows on their face that they are suffering,” she added. 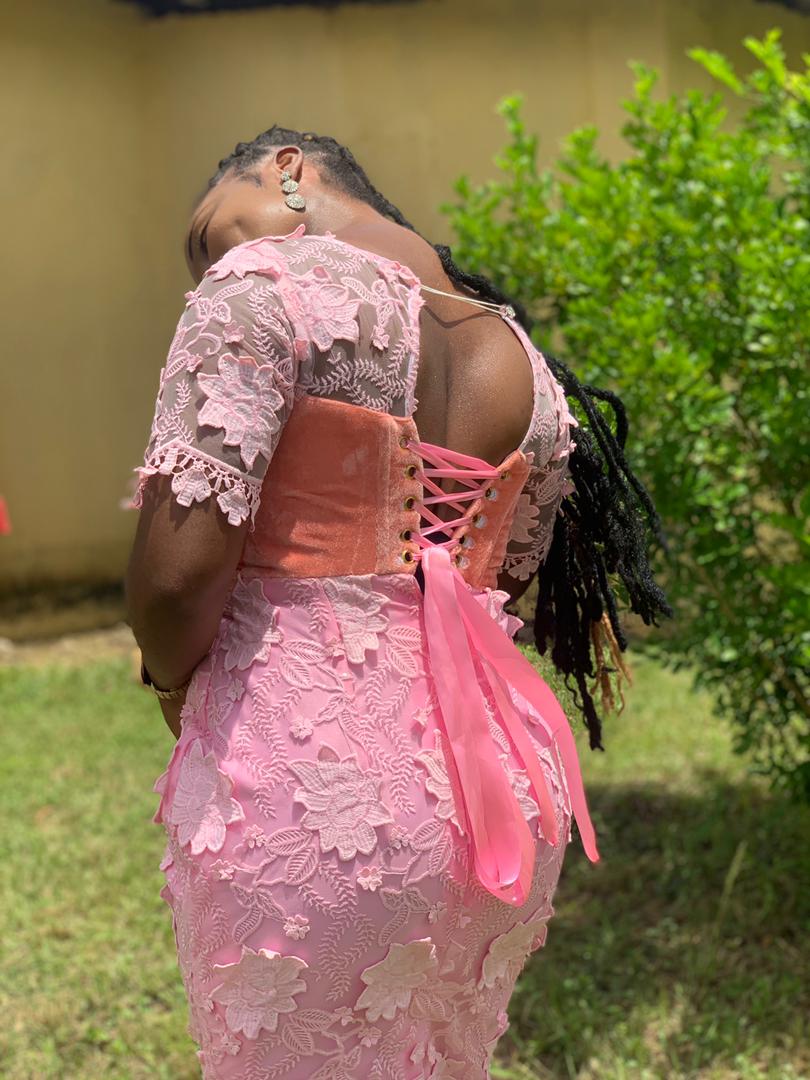 Laces at the back are tightened according to the wearer's comfort

Explaining why the style had become trendy, she said it was because quite a number of women wanted to look perfect and the corset style offered a distinction from the waist, showing off their shape to make them elegant.

Asked whether the style was for a particular body type, the creative director said it was good for women with an adequate belly fat, explaining that the style was able to flatten the belly.

However, for those with very big belly fat, she said: “The corset is unable to do the job and so when you tighten the lace, the belly fat moves to the abdomen area and it gives an unpleasant look.”

When opting for a corset style, Ms Dodgbe said one needed to take into consideration skin type and the size of the belly.

On the cost involved in sewing a corset style, she said the price was dependent on the fabric. For instance, the price for a Kente corset style was from GH¢1,500, adding that a simple corset dress was sewn for GH¢500.

She explained that thick and stretchy fabrics were best for the corset style; and though it took one week to make a complicated corset dress, she said it took only three days to make a simple one.

“Corset styles have come to stay and it will trend for a few more years, especially as ladies are interested in hourglass figures,” she added.