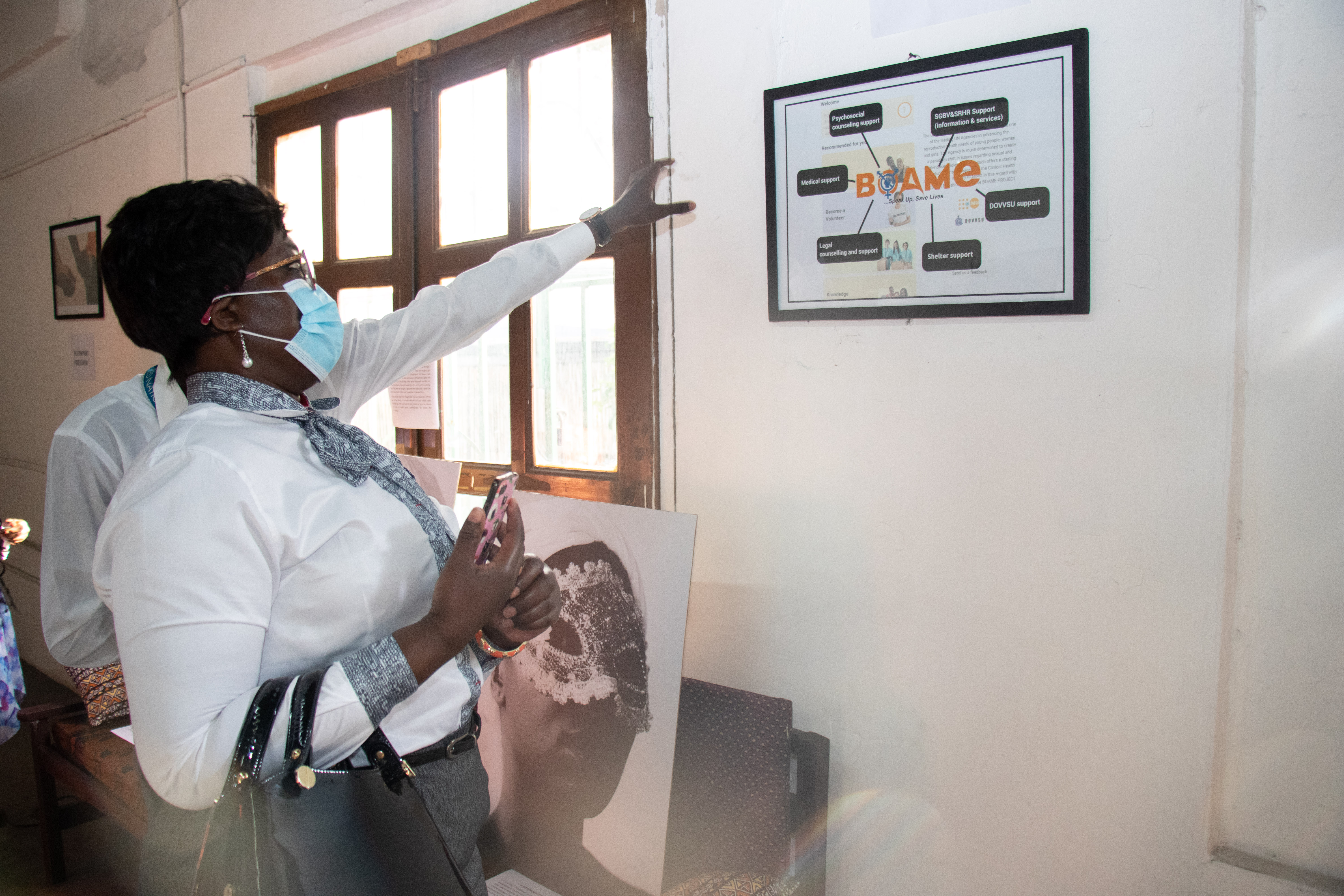 The story of a sixteen-year-old girl in an abusive relationship sent chills down the spines of participants who attended an art exhibition organised in Accra to climax this year’s 16 Days of Activism against Gender-Based Violence (GBV).

In a painful voice the young girl narrated how she repeatedly endured physical assault from her partner but was still not willing to end the relationship.

This and the many other faces of sexual and gender based violence were depicted at the art exhibition, put together by the Young Leader Fellows (Yole Fellow) of the United Nations Population Fund (UNFPA).

The 16 Days of Activism against Gender-Based Violence is an international campaign that starts on November 25, the International Day for the Elimination of Violence against Women, and runs until December 10.

The 2020 global theme was "Orange the World: Fund, Respond, Prevent, Collect, but in Ghana, the campaign was run under the local theme “Accelerate Action to Prevent SGBV in the Wake of COVID-19: The Role of Sustainable Funding.''

In a message to open the exhibition, the UNFPA Resident Representative, Mr. Niyi Ojuolape said the agency had undertaken a lot of activities to underscore the issues of SGBV to mark this year’s campaign.

He observed that gender based violence is “the silent crisis in our society which many accept as normal in our cultural setting,” adding that due to this, society does not encourage reporting for redress.

Mr Ojuolape indicated that UNFPA was working with other partners to provide information on the malice and bring the issues to the fore so that policymakers can take the needed action.

According to him, UNFPA had provided support to the shelter run by the Ministry of Gender, Children and Social Protection and the Ministry’s Domestic Violence Secretariat to enable them respond to the issues of gender based violence.

In addition, Mr. Ojuolape said, the UNFPA is working on providing a toll free number for people to call in to report sexual and gender based violence.

He commended the Yole Fellows for projecting art as a medium through which information on SGBV can effectively be channeled.

In a panel discussion, three of the artists were of the consensus that art was a universal language that could be used to break the silence of SGBV victims.

The panelists, comprising, Mr Julius Mortsi, a professional photographer, Mr George Koranteng, a visual artist and Mr Olawale Oloya, a musician stated that art works are not only able to communicate messages strongly but also leave a lasting impression in the memory.

In her remarks, Dr Afisah Zakariah, Chief Director of the Gender Ministry noted that although some males suffer gender based violence, majority of the victims are women and girls.

She said the ministry is taking all steps to mobilise resources to tackle the menace and reduce its effect on society.

The Deputy Representative of UNFPA, Dr. Agnes Ntibanyurwa noted that the climax of the 16 Days of Activism also marks the Human Rights Day.

“Today, as we celebrate Human Rights Day, let us embrace human rights, each of us, and not just in laws and declarations, but in people’s lives. Let us all use our talents, just as these young people to end sexual and gender-based violence.”

She stressed that it was clear that one entity cannot accelerate action, prevent SGBV and ensure sustainable funding, and “that is why the UNFPA works with government agencies, such as the Ministry of Gender, Children and Social Protection, the Domestic Violence and Victims Support Unit of the Ghana Police Service, non-governmental organisations, civil society organisations, faith-based organisations, traditional leaders and individuals when it comes to ending SGBV.