Land owners do not understand the lease documents 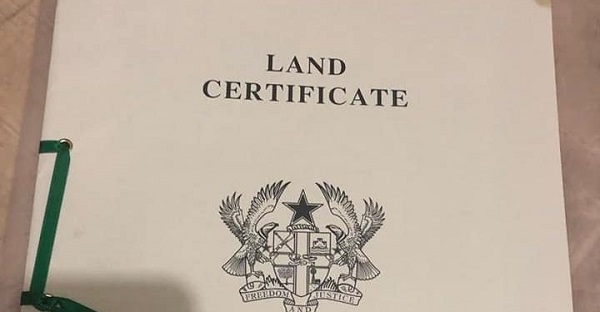 Dear Mirror Lawyer, I am a businesswoman in Accra. About five years ago, my husband and I bought a plot of land at Kasoa with the intention of building our own house someday.

The people we bought the land from could neither read nor write in the English Language. However, one of them had his nephew present with us at the meeting where the lease was signed and this nephew read over and explained the document to them before we all signed.

My husband and I put up some pillars on the land and have constructed a shed on the land. We have enjoyed peaceful use of the land until about three months ago when some people came to build on it. According to them, they bought the land from the same people we bought from, however because the people who sold the land were illiterate, there should have been a jurat clause in the lease.

What is worse is that the very people who sold the land to us are claiming not to have understood the lease we signed. They are saying it was not a valid sale. My husband and I spent so much money purchasing the land and are at a loss as to what to do. Please advise us.
Abena Serwaa, Labone.

Dear Abena Serwaa, I am sorry that you and your husband have had to go through this. It appears your vendors are relying on the absence of the jurat clause from the lease to invalidate the transaction.

This provision has been interpreted and applied by the courts in a number of cases that where one party to a written transaction was illiterate, the absence of a jurat clause would void the transaction.

However, this position has been departed from by the Supreme Court in recent decisions. In the case of Duodu and Others v Adomako and Adomako [2012] 1 SCGLR 198, the Supreme Court used the opportunity to clarify the import of Section 3 of The Illiterates’ Protection Act (CAP 262) earlier referred to above.

The court stated that the provision did not make the inclusion of a jurat clause in a written transaction involving an illiterate mandatory. Rather, it provided certain requirements for the protection of the illiterate for whom a document was made against persons who may want to take advantage of their illiteracy in a transaction.

The court, therefore, took the position that the absence of a jurat clause per se did not void a transaction. The court went further to state that the absence of the jurat clause raised a presumption that the illiterate did not understand and appreciate the contents of the document before signing or making his mark. However, this presumption was a rebuttable one, meaning that it was one that could be disproved by the party against whom it operated. What this means is that where there is no jurat clause, the literate party to the transaction can produce evidence to the court showing that the illiterate indeed understood and appreciated the contents of the document.

In the more recent case of Sodzedo Akuteye & 2 Ors v Adjoa Nyarkoh & 2 Ors (Civil Appeal No. J4/58/2017) the Supreme Court had cause to further explain that the jurat clause was developed as a practice to show that the writer of the document had complied with the obligations under The Illiterates’ Protection Act, 1912 (CAP 262) towards the protection of the illiterate.

The court, therefore, came to the position that the absence of a jurat clause could not by itself make a transaction void provided the other party can provide evidence to show that the illiterate in fact understood and agreed with the contents of the document.

This does not detract from the importance of a jurat clause. It only means that although the jurat clause is important, the courts do not solely rely on it to determine whether or not the illiterate actually understood and agreed with the contents of the document. Therefore, a person who seeks to enforce obligations contained in a written document can show that despite the absence of a formal jurat, the illiterate clearly understood and appreciated fully the contents of the document he or she marked or thumb printed.

It is important to note that in such matters it is the person who seeks to enforce the document against the illiterate who bears the burden of proving to the court that despite the absence of the jurat clause, the illiterate understood and appreciated the contents of the document.
Coming back to your question, you have indicated that there was no jurat clause in your lease agreement with your vendors who were illiterate.