BY: By Doreen Hammond
Category: Lifestyle 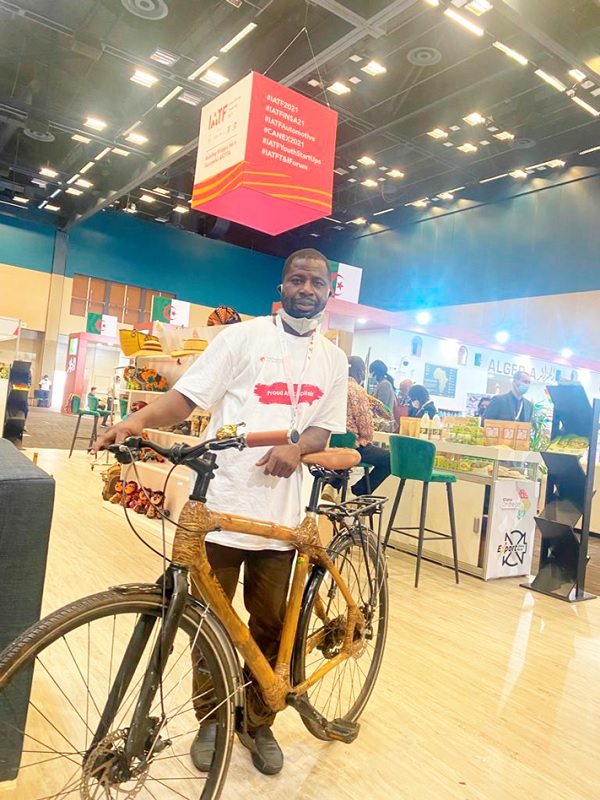 Mr Kwabena Danso displaying one of his bicycles with bamboo frames

Mr Kwabena Danso, 41, is one of the 48 Ghanaian exhibitors at the Intra-African Trade Fair 2021 currently taking place in Durban, South Africa.

The one-week fair, which opened on Monday, November 15, 2021, brought together small and medium scale business entrepreneurs from African countries who are exhibiting various products and services.

The participation of the Ghanaian small and medium scale enterprises at the fair was facilitated by the Ghana Export Promotion Authority (GEPA).

Mr Danso is at the fair because he manufactures bicycles with bamboo frames and even though he has penetrated the European and North American markets selling 8,000 of his bicycles on order, he wants more business deals and hopes to enter the USA market.

He says all the bikes he had manufactured at his factory in Apaah, Jamasi in the Ashanti Region had been exported out of Ghana.

In an interview, Mr Danso who studied Psychology at the University of Ghana, Legon and did his Master’s in Finance at the Kwame Nkrumah University of Science and Technology, said “I found myself manufacturing bamboo bicycles when a friend in the United States of America introduced the idea to me in 2010”. 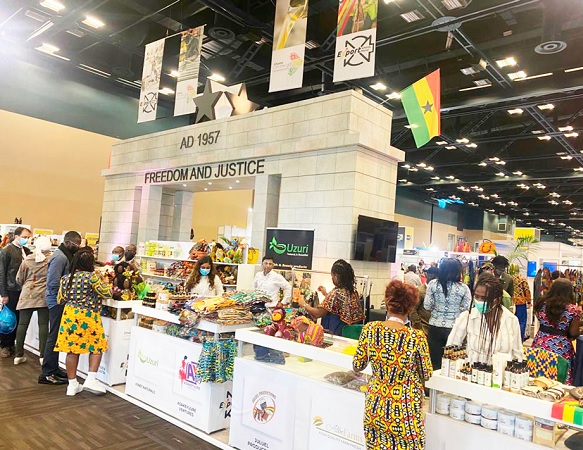 Ghana’s pavilion at the fair

He explained that it took 40 hours to manufacture each bicycle.

Asked about patronage, he said “it has been good but I want to expand distribution and partnership to increase production”.

He said the business started as a non-governmental organisation (NGO) in education development until he came into contact with the friend who introduced him to the bamboo frame idea.

On challenges he was facing in his business, Mr Danso said they were not different from what other Ghanaian businesses faced and cited some of them as instability in electricity power supply, access to finance and the “unbusinesslike” attitudes of employees who were not used to the regulations governing formal employment and rules of engagement.

According to him, he was busy talking to visitors at the fair for more prospects.