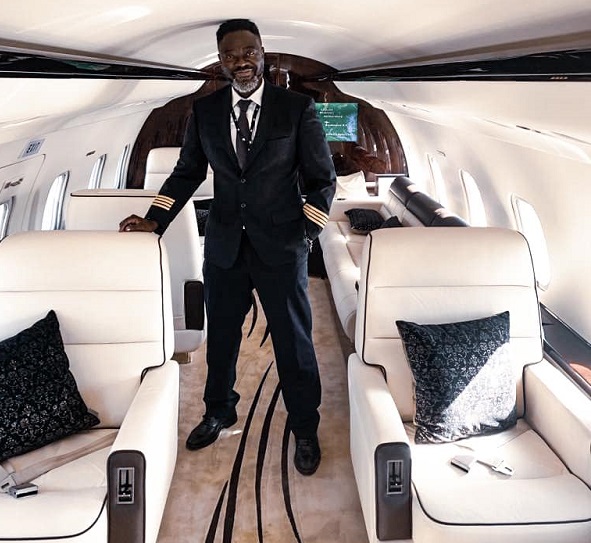 As a child, he had always conceived the idea of being a pilot without having anyone to look  up to; he braved the storm to make his dream a reality.

Today, Captain Solomon Quainoo is a world-class pilot who has travelled extensively around the world.
In October 2018, Captain Quainoo hit the airwaves as the first Ghanaian to fly the world’s biggest passenger aircraft, Emirates’ Airbus A380 from Dubai to Accra in a one-off flight to commemorate the opening of the Kotoka International Airport’s Terminal 3 facility.

Last month, he made an announcement via his social media handles saying, “Goodbye Emirates, Hello McDan,” and this attracted a lot of comments from his followers. Last Tuesday, The Mirror had an interview with him in Accra to celebrate his exploits.

Asked what he meant by his Facebook post, he said he left the Emirates to head the McDan Aviation team situated in Ghana.
“I have always believed that home is home; therefore, I am happy to be home to contribute my quota to the development of aerospace to make it attractive for our youth,” he said. 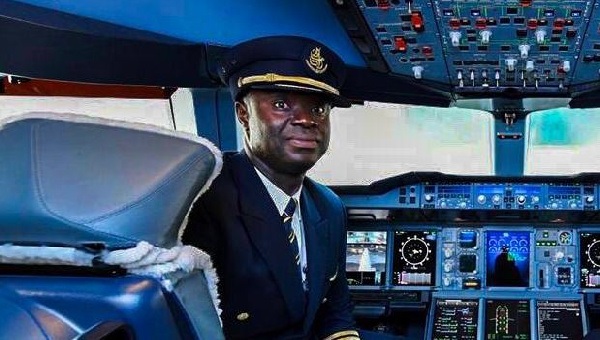 Having worked with A-list organisations such as the British Midland International, British Airways and Emirates, one would wonder why the renowned pilot would leave such a lucrative job to an unknown one.

Captain Quainoo explained that there were students in the Aeronautical Studies programme at Kwame Nkrumah University of Technology (KNUST) for instance who required not only foundational knowledge of aviation but also practical experience.

“This is where some of us who mentor such students need to avail ourselves to give them the practical experience to think out of the box in their chosen field. We have to start with the seed approach. From planting to watering, growing and turning into a plant and later a forest,” he stated.

Current plans
Captain Quainoo hinted that he would be based in Ghana and fly in and out of the country.
“Although our terminal at the Kotoka International Airport in Accra has still not been opened, we do private flying and are working on commercial air operators’ certificates to fly commercially across the world,” he said.

As the head of the McDan Aviation Department, he said his new outfit was expecting about eight aircraft by the end of the year. 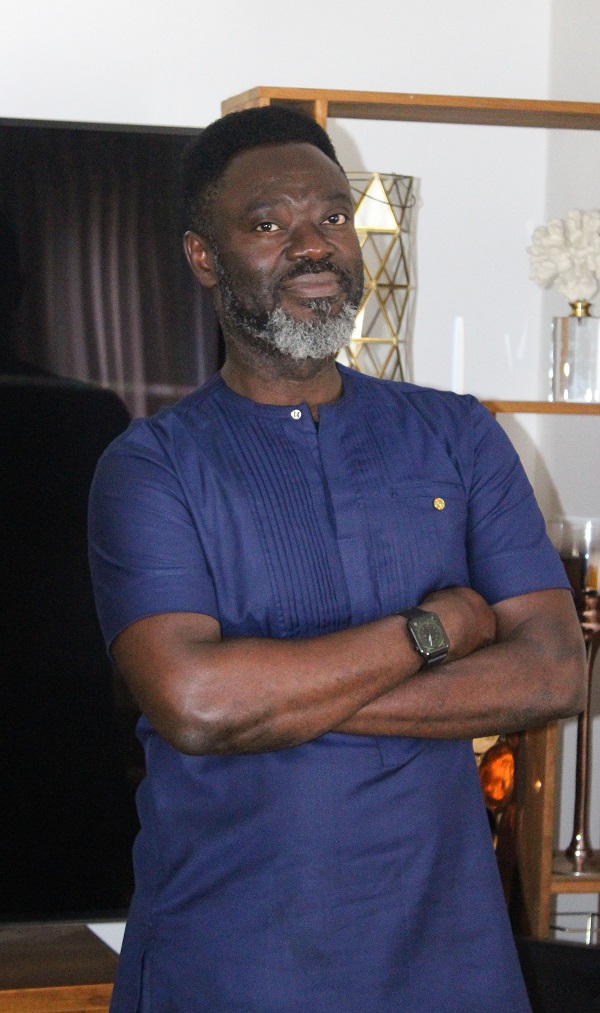 “For instance, we already have one fixed wing aircraft and will be expecting another three helicopters and two cargo aircraft. This will enable us to go into general charter, oil/gas, mining and air ambulance services to add our quota to the development of the country as a whole,” he indicated.

According to him, the intention was to give job opportunities to Ghanaians since the more aircraft they purchased meant employment advantages for engineers, medical personnel, cabin crew among others.
“At least there should be about 15 cabin crew in the bigger aircraft which we intend to get and this is good news for the youth,” he said.

Passion
Captain Quainoo is passionate about anything that potentially benefits the youth. He says his perspective is shaped by his lived reality.
“My mother and father were poor and I was the last of six siblings. My mother had to struggle to take care of us.

“There were times we lived as squatters in one room and when it rained, the entire place would be flooded because the roof leaked like a sieve. However, through the benevolence of people , I am here today. This is why I use my various social media platforms to motivate the youth,” he recounted.

Flying journey
Captain Quainoo said at age six, he was playing ‘socks’ ball with his friends and saw an aeroplane flying and he announced: “I will fly this,” to the great amusement of his friends.

Today, these friends are proud of him for living his dream. 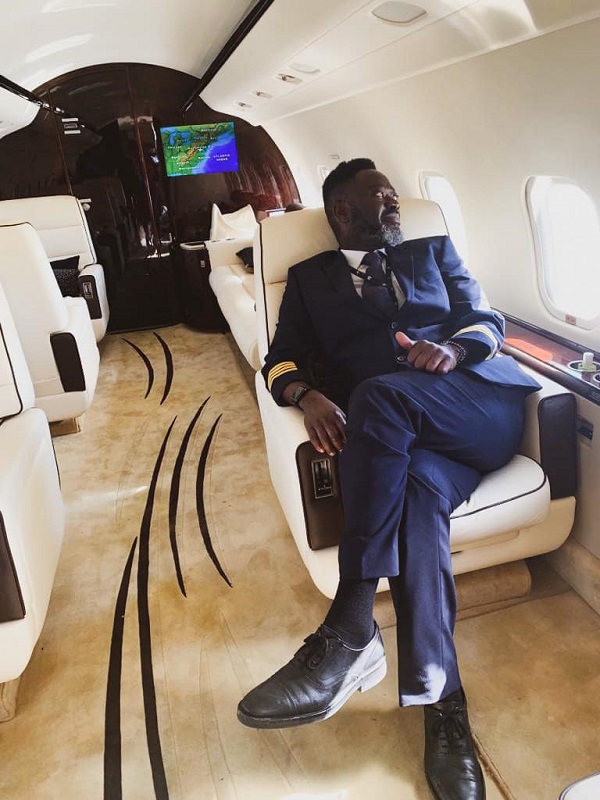 “In our time, we didn’t have proper career counselling or the internet to Google and find answers. It was a teacher at the Wajir Barracks School at Teshie in Accra, Ms Coffie, who advised me to attend Koforidua Secondary Technical School in the Eastern Region to harness my dream, which I did,” hr recounted.

After secondary school, Captain Quainoo decided to join the Ghana Air Force. After two tries, he passed the rigorous and daunting enlistment process only to be taken ill, thus seemingly thwarting his lifelong ambition.

While university education had not been his first choice, he adapted and overcame. Following his undergraduate studies in Ghana, he obtained a master’s degree in Aerospace, Aeronautical and Astronautical Engineering from Kingston University in London and trained as a pilot at Oxford Aviation Training School, United Kingdom, which was where he obtained his licence. The rest, they say, is history.

Career
After obtaining his master’s degree, Captain Quainoo worked with British Airways as a Design Engineer before attending flying school at Oxford Aviation.

He started flying with the British Midland International and had the opportunity to fly the Embraer 135/145 jet.
“The first time I flew the aircraft I said ‘thank you God, I finally made it’. I was over the moon,” he said grinning. 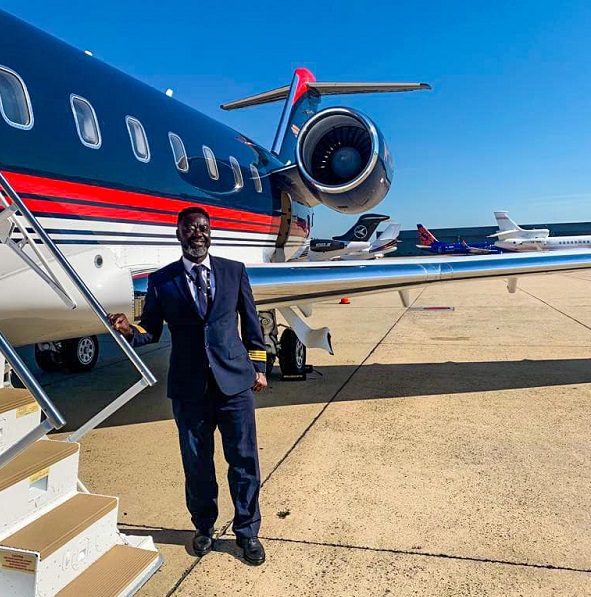 Touching on his longest flight ever, he said it was from Dubai to Oakland in New Zealand, which required 18 hours in continuous flying. “We are often four pilots when flying. Therefore, two would take a rest and later replace those who have not rested,” he explained.
“When it comes to challenges encountered during flying, we have been trained to deal with them so we fall on our training,” he added.

Foundation
Captain Quainoo has a foundation which is yet to be formally launched. According to him, it is not just for those who want to be in the aviation space to support other viable ventures in society. 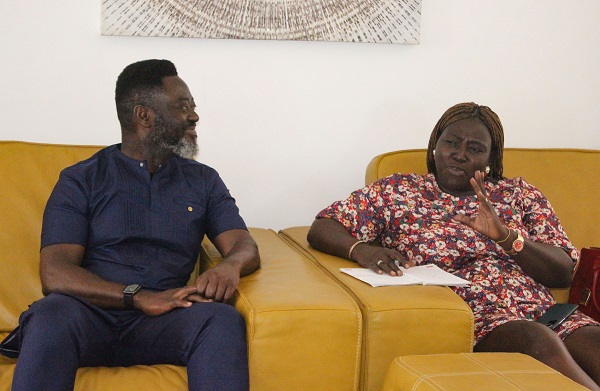 Family
Captain Quainoo was born to Mr Fredrick Edmund Kwakye (Papa Nyamekye) from Tutu in the Eastern Region and Ms Felicia Yaba Kwakye from Apam in the Central Region. They are both deceased.

When he is not flying and defying gravity, he prefers vehicles of the two-wheeled variety: he loves to ride bicycles and motorbikes. He also loves to visit the gym, watch news and do what to some, might seem the less exciting administrative work that comes with his position.

Captain Quainoo, who cherishes his humble beginnings, said: “I still find time to reconnect with my childhood friends I played the ‘socks’ ball with and my mates from Koforidua Secondary Technical. We didn’t have much in our days but we had a good brotherhood. Something children of today must emulate.”