Vote to be heard 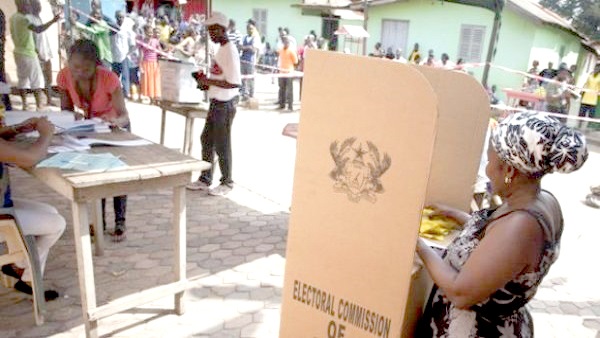 • Voting gives you an opportunity to be part of the decision-making process of a country.

Have you ever made this statement or heard somebody  say something similar to this: 'If I were the President or a minister, I would construct schools, hospitals, improve the lives of people and provide more employment opportunities'?

What about this: 'If I were a Member of Parliament, I would bring out issues concerning my constituency on the floor of Parliament'?

Yes, many are the things we wish we could do for our dear country if we were elected public officials with the power and resources. But this is where we go wrong. The fact is, one does not have to wait to be elected to these positions to make your voice heard on matters of national interest or to do something for the country.

There are other ways to do that, but in this article we will discuss one of them, which is getting somebody to do this on our behalf by voting for them in an election.

In elections, and here I mean political elections in Ghana, we elect leaders such as the President, members of Parliament and members of the metropolitan, municipal and district assemblies as our representatives on the national and local front. We vote these people into the positions they occupy, as such they are expected to serve our interests.

Because we voted them into office, we have the right to hold them accountable to the things they promised to do prior to being elected. If they don't do as they promised, we have the power to vote them out of their positions in the next election. So you see, you can influence change in this country by voting, and that is why it is important to vote during elections if you are eligible.

How are these people elected to their positions? The answer is through voting. So in this article, you will be educated about voting in Ghana, but before that, it is important to know that the Constitution of this country vests all powers in the Electoral Commission (EC) of Ghana as the independent body established purposely to manage and conduct all public elections and referenda, as well as handle all matters directly related to the conduct of elections in the country.

No other body or institution is clothed with those powers.  The EC acts as a referee in all public elections. It is made up of seven members - a chairperson, two deputy chairpersons and four other members.

What is voting?
Voting is the fundamental right of any citizen of a country that enables them to choose their leaders. It offers a chance for the citizens of a country to have a say in the people who represent them or an issue that affects them. Voting not only enables the citizens to vote for political parties, but it also affords them the opportunity to play their roles as good citizens.

Why you should vote
• Voting is the most important way to make your voice heard on the issues that concern you.
• Voting gives you an opportunity to be part of the decision making that affects your life. If you don’t vote, others will make the decisions for you and perhaps that may not be in your interest.
• It enables the citizens to choose their own government and allows the people to choose their representatives in government.
• It gives citizens the right to question the government about issues and seek clarifications.