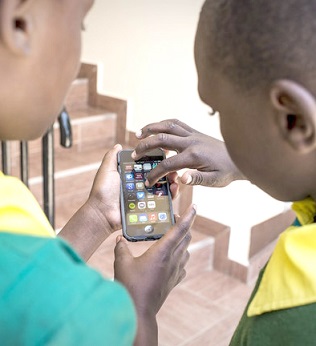 The Volta Regional Director of the Department of Children, Mr Israel Akrobortu, has expressed concern about a growing trend in the Volta and Oti regions where teenagers open two Facebook accounts to prevent their parents from monitoring their online activities.

“They make one account known to their parents and then keep the other a secret to hide their identity,” he explained.

In an interview with the Junior Graphic, Mr Akrobortu said in some instances, the children used different Display Pictures (DPs) and false names to open the accounts to stay undetected online by their parents.

“Unfortunately, this can lead them into the hands of internet sex predators and other criminals,” he lamented.

He said the department was worried about the disturbing trend and had, therefore, held a series of training sessions for 260 children in the Volta and Oti regions on online safety.

The participants were made up of 130 boys and 130 girls and were between the ages of 10 and 17. They were taken through Staying Safe, Do Not Meet Strangers Online and other topical issues.

According to Mr Akrobortu, the training also focused on helping the children to promptly inform their parents about any indecent suggestions to them by strangers they meet online.

Mr Akrobortu urged parents to make conscious and sustained efforts to monitor their children, not only online but at home and at social gatherings as well.

He also called on patriotic people in the communities to help expose paedophiles by alerting the department and the police.

Mr Akrobortu expressed worry over the recent ritual murder of two children in the Mafi and Akatsi areas, saying it was necessary for children to avoid strange company.

He entreated parents not to lose their guard in watching over their children.