Short story: The truth shall set you free 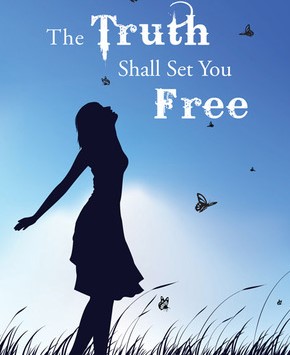 When I was 16, my parents did not pay much attention to me.

I got involved with a group of girls who taught me a lot of tricks. In school, we were known as the Fierce Four and my best friend, Ada, was more or less our leader.

One Saturday evening, we were on our way back to the boarding house after studying when Ada suggested we break bounds. I had never broken bounds before and I was terrified by the idea but I didn’t want my friends to think less of me so I agreed.

We decided we would sneak out at midnight and go to town. By that time, everyone, including the security men, would be fast asleep. Ada had a sort of unspoken agreement with the guard on duty, Mr Duah, so getting past him wouldn’t be an issue.

As we crept through the darkness, I realised I had no idea where we were going. Should we go to Ada’s house? Or Samira’s? We definitely couldn’t go to mine.

“Ada, where are we going?”, I asked once we reached the school’s wall.

“Don’t worry about it”, she replied with a sly wink and a broad smile.

About an hour later, we had arrived at one of the most luxurious houses I had ever seen. Ada told us to wait for her outside and after what seemed like an eternity, she came back out to get us.

She ushered as into a glamorously furnished living room where a man who looked to be in his seventies sat in a recliner. When we entered, he flashed us a yellow toothed grin.

“Ada, why didn’t you tell me you were bringing  along your friends?” the old man asked.

“I wanted it to be a surprise. I am sure there is no problem. Let me introduce them to you. This is Maame Yaa and that’s Akua, and Samira”, she pointed each of us out as she mentioned our names.

He called me over to him and as scared as I was, I followed his instructions.  He reached to his pockets, retrieved five GH¢50 notes and pushed them into the palm of my hand.

“For all your troubles; I know getting here must have been very difficult for you” he said and flashed the yellow-toothed grin once again.

He later invited the us to another beautifully furnished room but I refused to join them. After about three hours, we went back to the school. When we returned to the boarding house, I couldn’t sleep for I knew what the man did to the other girls.

We normally sneaked out to buy food and just walk around town but never had we gone to a man’s house before. When morning came, my anxiety from the previous night aggravated when I learnt that the headmistress had summoned all the boarders to a meeting.

Although I felt uneasy, everything she said that morning is still as vivid as if it were yesterday.
She stated: “I have been informed that a few unscrupulous students have been breaking the school’s boundaries without authorisation.

The guilty party should report themselves immediately or risk expulsion from the boarding house when fished out!”

Now, I was beyond worried. I was completely horrified! Horrified at the thought of what would be my fate will be if we were discovered.

My parents would find out too! The rest of the girls didn’t seem too bothered by the situation. Even when I voiced my concerns to Ada, she was convinced that nothing bad was going to happen.

After a sleepless week, I was hysterical. I would feel completely fine and then suddenly the urge to cry would creep up on me. I couldn’t possibly continue to live like this. Ada and the others continued to break bounds even though I pleaded with them not to.

Then, I remembered something my grandmother used to tell me: “The truth will set you free”. Yes, maybe it would. With all the courage I could muster, I went to the headmistress’s office and told her everything. I told her about the events of that evening and other evenings and how guilty I felt about everything.

To my surprise, she didn’t seem as upset as I had expected. She commended me for having the courage to tell her about the situation even though it had taken me an entire week.

She also reprimanded me for my actions. In the end, she let me off with a stern warning. However, my friends faced harsher punishments. After they found out what I had done, Ada and the others never spoke to me again but I didn’t find much issue with that.

I am in my final year now and things are better. My grades have improved greatly since I am no longer a member of the Fierce Four.  Most importantly, I’m more honest than ever.