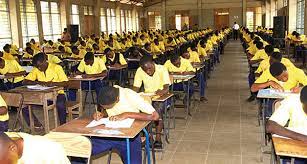 The current academic year for first and second-cycle schools will not be extended as a result of the strike action embarked upon by pre-tertiary education teachers in the country, the Director General of the Ghana Education Service (GES), Professor Kwasi Opoku-Amankwa, has said.

Rather, he said some measures were being put in place to make up for the time lost.

“We don’t intend to extend the academic year because of the strike but we are putting in place measures that will make up for the period lost. We are putting a system in place to ensure that any lost time is recovered,” Prof. Opku-Amankwa, said in an interview with the Junior Graphic in Accra.

The arrangement he said was being put together by the regional and district education directors in collaboration with the heads of schools, adding that schoolchildren would not miss out during their teachers’ strike.

Pre-tertiary teachers in the country on Monday, July 4, 2022, declared an indefinite strike action following the failure of the government to pay the cost of living allowance (COLA) they asked for.

Addressing the press in Accra, the General Secretary of GNAT, Thomas Tanko Musah, said the unions had made the request to the government since February this year, yet nothing had been done in that regard.

“The loud silence of the government on this matter is worrisome and leaves much to be desired of any government that cares about its workers,” he said.

Following the strike, the government invited the unions to a meeting which ended in a deadlock on July 6, 2022, paving the way for the strike to continue.

On July 12, 2022, the leadership of the striking teacher unions walked out of the meeting with government officials that was to discuss the issue of the COLA.

The leadership of the unions told the media after stepping out that the government’s representatives were insisting that they called off the strike before the commencement of negotiations.

However, after a back and forth between striking labour unions and the government, the parties on July 14, 2022, agreed on a 15-per cent COLA to be paid to all public-sector workers.

This paved the way for the teachers to call off the strike.