Christmas symbols - do you know what they stand for? 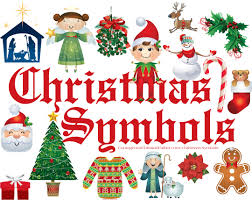 Christmas is celebrated by billions of Christians around the world to mark the birth of Jesus Christ.

Christmas symbols are representations of the holiday season. They enhance your celebrations even more by integrating them into your decorating scheme for the season.

The star
A popular symbol for the top of the tree, a star represents the star that appeared on the night of Jesus’ birth.

Christmas trees
Christmas trees are often central to decorating schemes. They are evergreen and won’t turn brown during winter, making them a symbol of eternity. They also point towards heaven, bringing out the religious aspects of the holiday.

Candy canes
Candy canes are a fun candy to eat during the holiday season. But did you know they may have a deeper religious meaning? After being popularised, many took the red stripes as standing for the blood Jesus shed when he was crucified, while the white stands for his purity. The peppermint flavour is also seen as a representation of the hyssop plant that was used for purification in the Bible.

Poinsettias
This winter flower has been known to stand for purity, good cheer and success.

Doves
Doves are meant to be messengers of peace on earth coming from Jesus.

Lights
Lights are used to represent the star of David that appeared in Bethlehem the night Jesus was born. Many also think of them as a way to remind us to follow Christ’s path.

Angels
Angels represent the role they played in the birth of Jesus Christ. Several angels appear in the biblical story of the first Christmas. Gabriel, the archangel of revelation, informs the Virgin Mary that she would be the mother of Jesus.

Stockings
Stockings are another popular symbol of Christmas. However, they don’t represent much more than what they actually are. They date as back as far as 1823 (at least) when they were mentioned in the poem, “A Visit from Santa Claus.” They are traditionally hung by the fireplace to accept presents from Santa Claus.

Presents
They are gifts that reminds us of the presents given to Jesus by the wise men.

Snowflakes
Snowflakes are a symbol of the cold winter and represent purity.

Christmas colours
There are several colours which are traditionally associated with Christmas. The most widely used are red, green and gold. Do you know what these colours represent?

Green
Evergreen plants such as Holly, Ivy and Mistletoe have been used for thousands of years to decorate and brighten up buildings during the long dark winter. They also reminded people that spring would come and that winter wouldn't last forever!

Red
An early use of red at Christmas were the apples on the paradise tree. They represented the fall of Adam in the plays.
Red is the colour of Holly berries, which is said to represent the blood of Jesus when he died on the cross.

Gold
Gold is the colour of the sun and light - both very important in the dark winter. Both red and gold are the colours of fire that you need to keep you warm.
Gold was also one of the presents brought to the baby Jesus by the wise men and traditionally it's the colour used to show the star that the wise men followed.